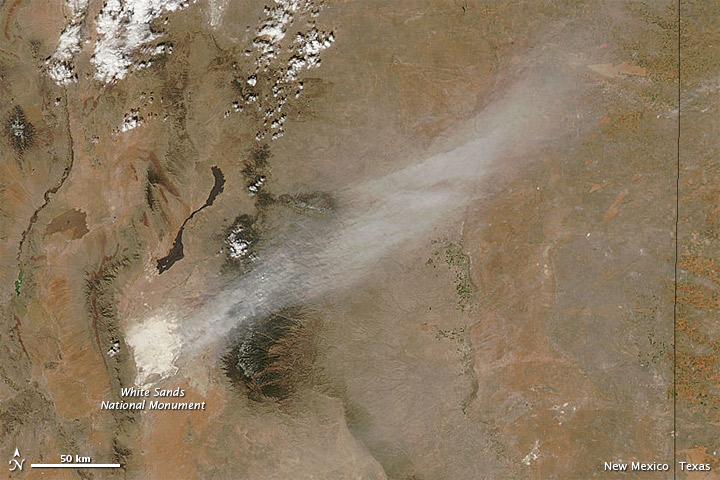 The Moderate Resolution Imaging Spectroradiometer (MODIS) on NASA’s Aqua satellite captured this natural-color image on February 28, 2012. A dust plume blows northeastward toward the New Mexico-Texas border. Around the national monument, the landscape appears in a mixture of earth tones, with isolated patches of green.

The dust blowing out of White Sands National Monument was part of a larger pattern of dust storms in the region, including dust in Mexico, Kansas, and Oklahoma. Those plumes are visible in the high-resolution image (downloadable below the main image above). 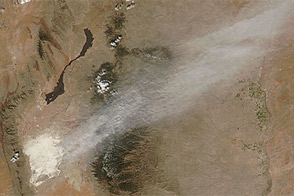