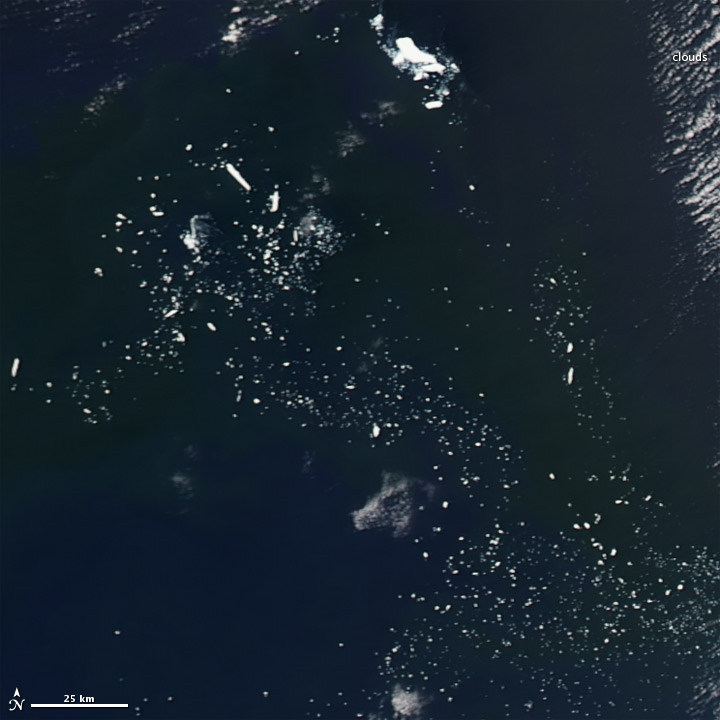 In March 2000, a colossal iceberg calved off Antarctica’s Ross Ice Shelf. The iceberg, named B-15, subsequently broke into smaller pieces, some of which lingered around Antarctica’s shores for more than a decade. In 2011, one of those pieces, B-15J, drifted north into warmer waters and began to break apart.

The Moderate Resolution Imaging Spectroradiometer (MODIS) on NASA’s Aqua satellite captured this natural-color image of B-15J fragments on December 19, 2011. It shows parts of the iceberg, roughly 2,720 kilometers (1,690 miles) east-southeast of New Zealand. Large pieces of B-15J appear in the north, but smaller ice chunks are scattered throughout this scene. The white shapes in the northeast, however, are clouds.

Fragments of Iceberg B-15J spread across the ocean east-southeast of New Zealand in late December 2011.