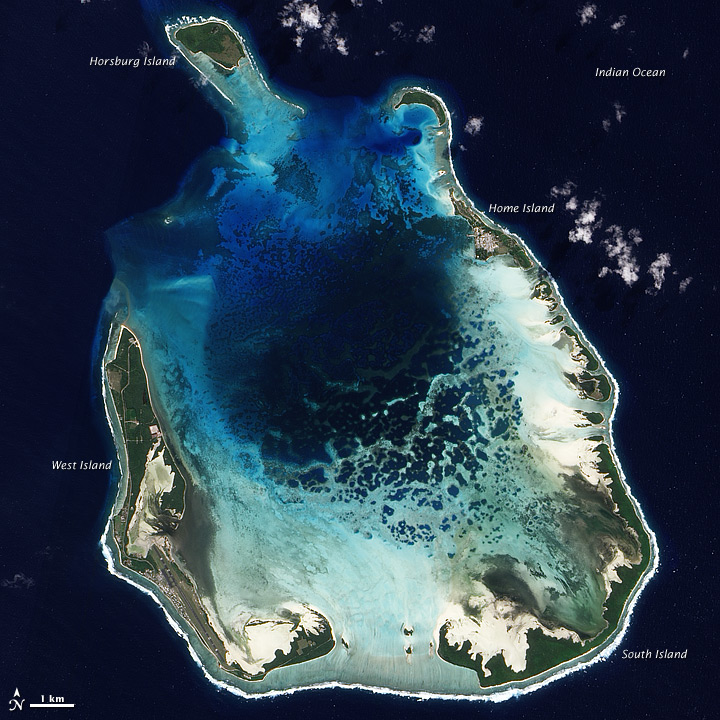 Coral atolls—which are largely composed of huge colonies of tiny animals such as cnidaria—form around islands. After the islands sink, the coral remains, generally forming complete or partial rings. Only some parts of South Keeling Islands still stand above the water surface. In the north, the ocean overtops the coral.

Along the southern rim of this coral atoll, the shallow water appears aquamarine. Water darkens to navy blue as it deepens toward the central lagoon. Above the water line, coconut palms and other plants form a thick carpet of vegetation.

In 2005, the Australian government issued a report on the Cocos (Keeling) Islands, summarizing field research conducted between 1997 and 2005. Hard corals, which play a primary role in reef building, were not the only corals at South Keeling Islands. Soft corals were also thriving at study sites throughout the reef. Although coral and rock predominated, the researchers also found varying amounts of silt, sand, rubble, sponges, and seaweed. Some of the coral had recently died, and coral predators appeared in high densities at some sites. But overall, the report noted, “the coral reef community at Cocos (Keeling) Islands is very healthy and in a stable period, with little impact from anthropogenic activities.”

Coral, rock, silt, sand, rubble, sponges, and seaweed all contribute to the architecture of the Cocos (Keeling) Islands. 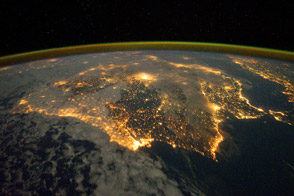