Clouds over the Indian Ocean 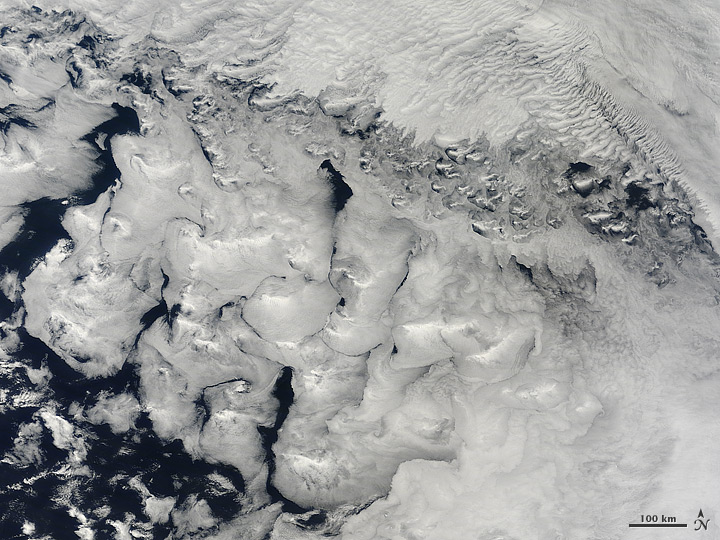 As citizens of northern countries ponder sculpted snow and ice, or icings for baked goods, the summer skies over the southern oceans offered their own vision in white in November 2011. The brush strokes of bright holiday swirls were made by winds and atmospheric eddies moving over the far southern reaches of the Indian Ocean.

The natural-color image was captured by the Moderate Resolution Imaging Spectroradiometer (MODIS) on NASA’s Terra satellite on November 30, 2011. According to Patrick Minnis, a cloud expert at NASA’s Langley Research Center, there are at least three layers of clouds in the image.

The lowest layer is a marine stratus (stratocumulus) deck that covers the lower left two-thirds of the image. “The clouds look like whipped, mashed potatoes with swirls and bright peaks,” Minnis said. “The bright peaks indicate glaciation—freezing of the super-cooled cloud droplets. The swirls are reflective of eddies in the low-level wind fields.”

Just above (or perhaps continuous with) the marine layer, parallel wave patterns mark a brighter layer of stratus clouds that cover the other third of scene. Above it all, in the upper right quadrant, a high cirrus cloud throws shadows on the clouds below.

Tom Arnold, an atmospheric scientist based at NASA’s Goddard Space Flight Center, explained that marine stratus clouds can form (and persist) where there is a meeting between a cold ocean surface, some wind, and a strong temperature inversion at the top of the atmospheric boundary layer (about 2,000 to 3000 feet). “The cold ocean cools and moistens the low level air, making the low cloud base possible,” Arnold noted. “The wind helps lift the air, and the temperature inversion acts a kind of cap on the cloud layer, preventing much vertical mixing with the warmer, drier, and more stable air immediately above the boundary layer.”

Three layers of clouds over the Indian Ocean are whipped into holiday shapes in November 2011. 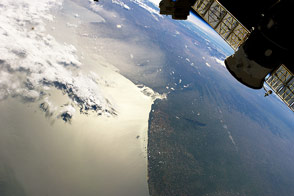 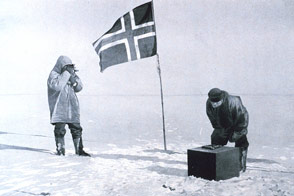