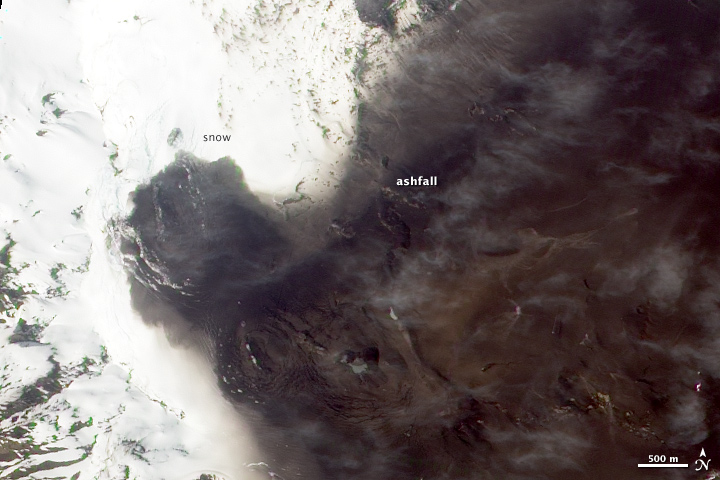 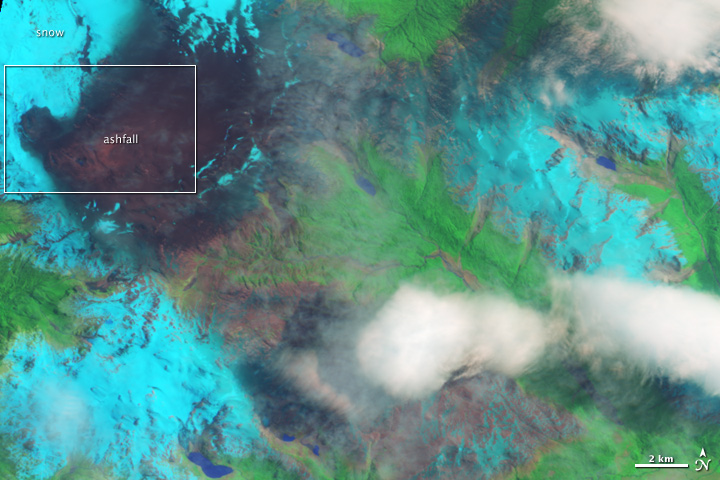 Dark ash stained snow in the Chilean Andes in November 2011, following a period of eruptive activity at Cerro Hudson Volcano. The Advanced Land Imager (ALI) on NASA’s Earth Observing-1 (EO-1) satellite observed the Volcano on November 17. The top image is a natural-color, close-up view. The bottom image is a shortwave-infrared, wide-area view. In this image, snow is turquoise, vegetation is bright green, and ash is brown.

In October 2011, Cerro Hudson rumbled to life, experiencing a swarm of earthquakes, and forming new vents. Through those new vents, the volcano sent plumes up to 9 kilometers (6 miles) high, and prompted authorities to evacuate more than 100 residents. Weeks later, dark volcanic ash sat atop the snow that normally covers the volcano.

The southernmost volcano of the Chilean Andes, Cerro Hudson is a stratovolcano composed of layers of hardened lava, solidified ash, and rocks produced by earlier eruptions. The volcano covers roughly 300 square kilometers (100 square miles) and its icy caldera spans about 10 kilometers (6 miles). Volcanologists estimate that Cerro Hudson experienced severe eruptions 6,700 and 3,600 years ago. A 1991 eruption at the volcano was Chile’s second-largest eruption in the twentieth century.

Volcanic ash from Cerro Hudson Volcano stained the snow of the Chilean Andes in mid-November 2011. 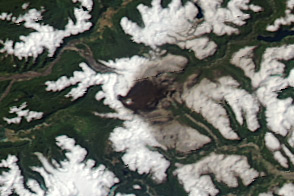 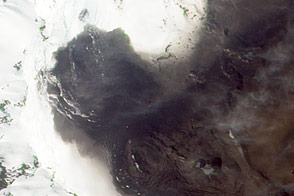