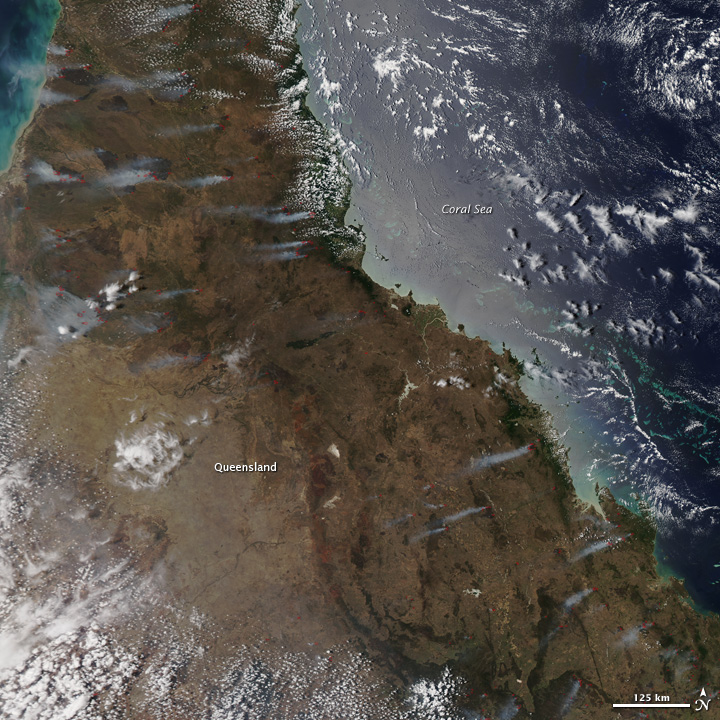 Fire season in northern Australia usually wraps up by October, but 2011 has been an exceptional year. In mid-November, dry grasses and low humidity combined to create extremely dangerous fire conditions, prompting the Queensland Fire and Rescue service to issue a warning. Because of the ongoing high fire danger, residents are not permitted to start a fire without a permit until January 1, 2012. Despite such precautions, several large fires burned throughout the state, said ABC News on November 17. Some of the fires were ignited by lightning. 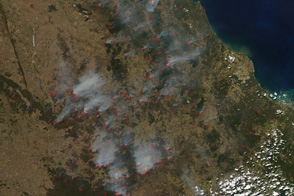 Numerous fires clouded the skies of southern Queensland with smoke on September 26, 2011.