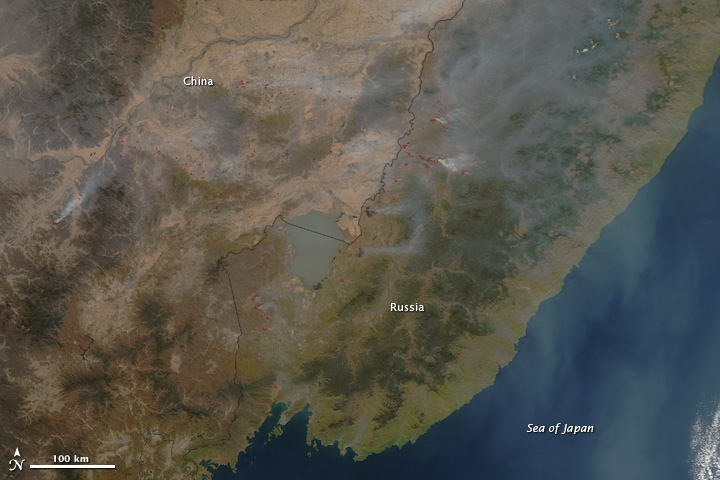 Smoke clouds the skies across northeastern China and southeastern Russia in this image taken on October 8, 2011, by the Moderate Resolution Imaging Spectroradiometer (MODIS) on NASA’s Aqua satellite. Widespread fires are marked in red.

Fires in China and Far-Eastern Russia