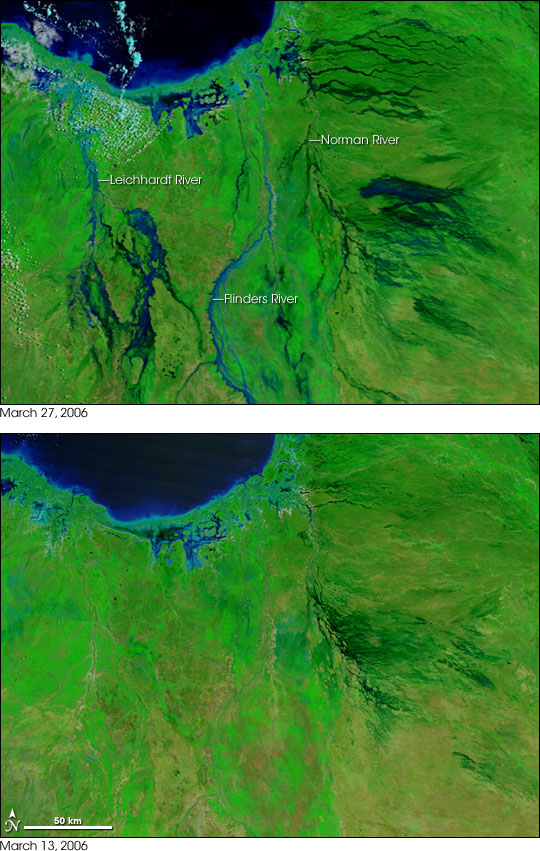 In the wake of Tropical Cyclone Larry, which plowed across Queensland the previous week, widespread flooding was affecting the region around the Gulf of Carpentaria on March 27, 2006. In this pair of false-color images, vegetation is green, naturally bare (or sparsely vegetated) ground is tan or pinkish-tan, and water is blue.

Many rivers and streams that drain into the Gulf (top left) are swollen with flood water in the March 27 image, whereas on March 13, only dry riverbeds dissected the landscape. Among the rivers that experienced significant flooding were the Norman, the Flinders, and the Leichhardt Rivers. East of the Norman River and in the Leichhardt River basin, in the left side of the images, water has pooled over a large area, making the area seem like swamp land. According to an article on the Australian Broadcasting Corporation’s Website, the Leichhardt was so flooded that sharks were seen far inland of their normal location.