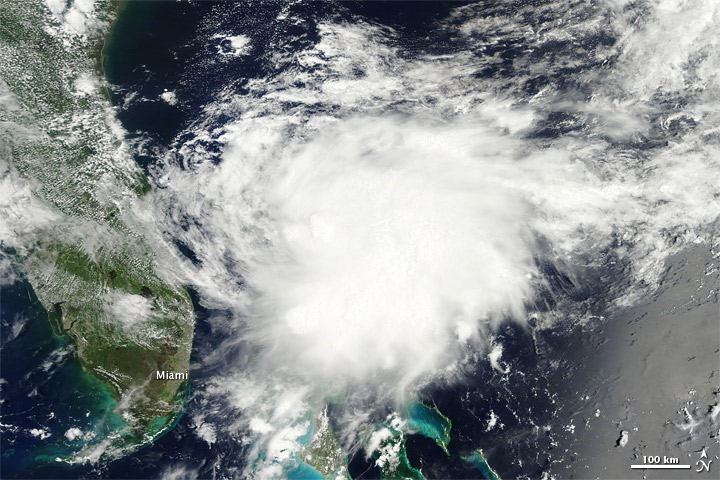 At 11:00 a.m. Eastern Daylight Time on July 18, the U.S. National Hurricane Center reported that Bret had maximum sustained winds of 50 miles (85 kilometers) per hour with higher gusts. A tropical storm watch was in effect for parts of the northwest Bahamas, where the storm might cause heavy rain. Bret was not expected to make landfall in the United States, however. Instead, the storm was moving toward the north-northeast, over the Atlantic Ocean.