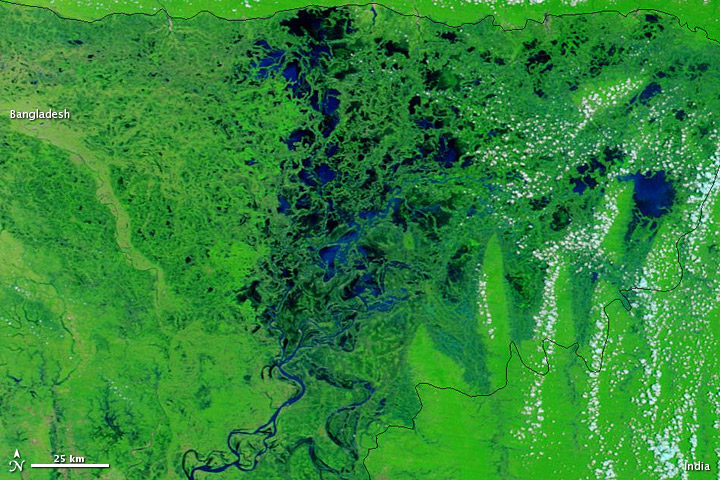 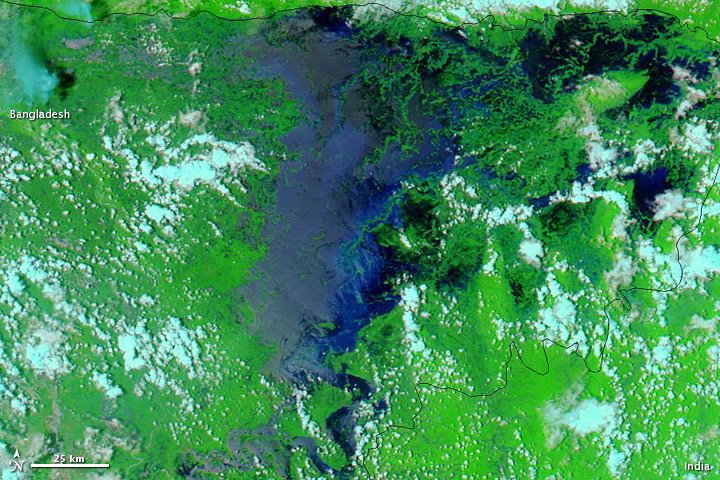 Bangladesh typically experiences a mild winter from October to March; a hot, muggy summer from March to June; and a warm, rainy monsoon from June to October. By early July 2011, rains had already transformed northeastern Bangladesh.

The Moderate Resolution Imaging Spectroradiometer (MODIS) on NASA’s Terra satellite captured the top image on May 26, 2011. MODIS on NASA’s Aqua satellite captured the bottom image on July 10, 2011. Both use a combination of visible and infrared light to increase contrast between water and land. Vegetation is green. Clouds are pale blue-green or off-white and cast shadows. Water ranges from electric blue to navy. The light, silvery color of the water in the July image likely results from sunlight reflecting off the water surface.

During the summer monsoon, parts of the country are routinely flooded, and this image pair shows the rising water inundating large areas. A network of rivers and lakes fills northeastern Bangladesh. By July 10, many water bodies have merged, isolating relatively elevated land areas.