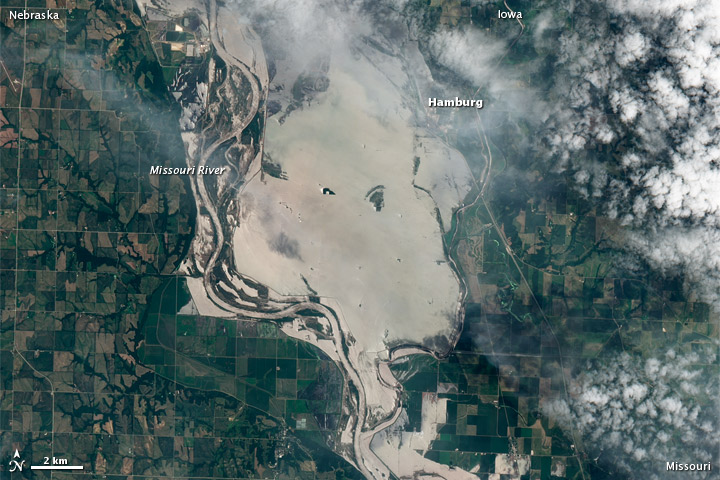 On June 13, 2011, the Missouri River broke through two levees, sending flood water over agricultural fields near the town of Hamburg in southwestern Iowa. The Advanced Land Imager (ALI) on NASA’s Earth Observing-1 (EO-1) satellite captured this natural-color image on June 24, 2011. This scene shows flood water over a larger area than on June 14.

Muddy water covers tens of square kilometers east of the Missouri River, and few fields or structures poke above the flood. Clouds partially hide Hamburg, which rests on the edge of the flooded agricultural land. On June 13, the Associated Press reported that the U.S. Army Corps of Engineers was adding another three feet to a secondary levee designed to shield Hamburg from floods.

On June 29, 2011, the Advanced Hydrological Prediction Service (AHPS) reported major flooding on the Missouri River at Nebraska City to the northwest and Brownville to the south. 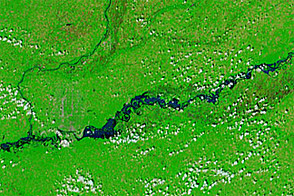 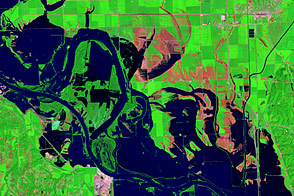