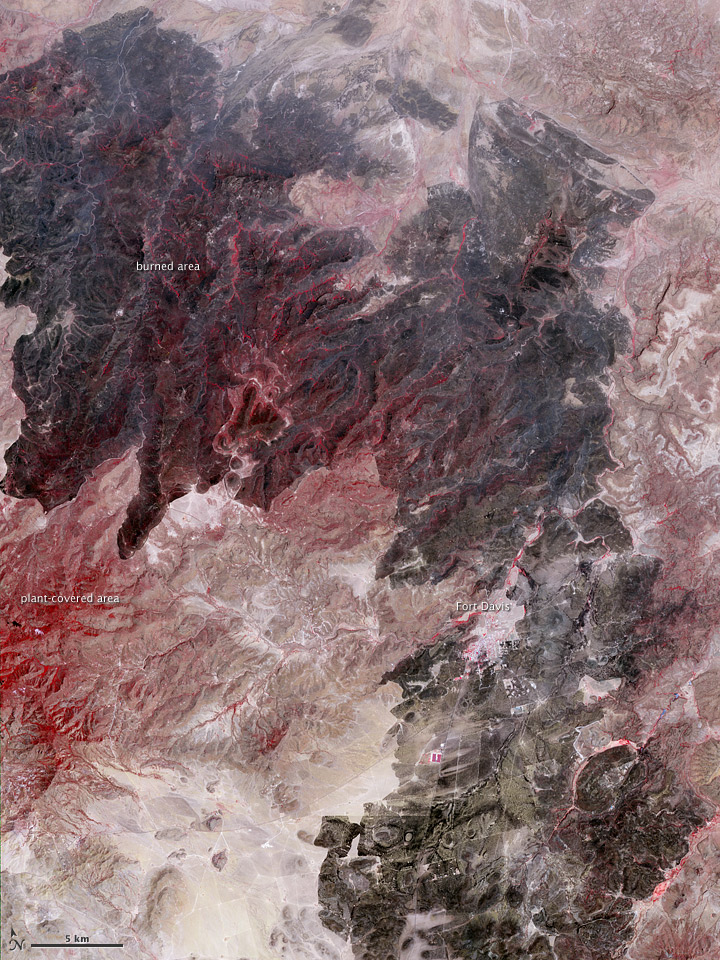 The stubborn Rockhouse Fire was still burning in southwestern Texas on May 2, 2011, when the Advanced Spaceborne Thermal Emission and Reflection Radiometer (ASTER) on NASA’s Terra satellite acquired this image. The fire was first reported on April 9, and grew quickly under dangerous fire conditions. As of May 4, the fire had burned 314,444 acres and was 95 percent contained, said the Texas Forest Service.

This false-color image shows the charred land left after the fire passed through. The newly burned area is black, and unburned plant-covered land is red. The area is sparsely vegetated, with bare tan earth showing through a thin layer of vegetation in much of the unburned region. The image also shows that the fire burned in hilly, possibly hard-to-access terrain.

The Rockhouse Fire burned around the town of Fort Davis, the silver area near the center of the image. According to local news reports, the fire destroyed at least 26 homes and 2 businesses. The image shows the burned area impinging on the town, particularly in the southern and eastern sides of town.