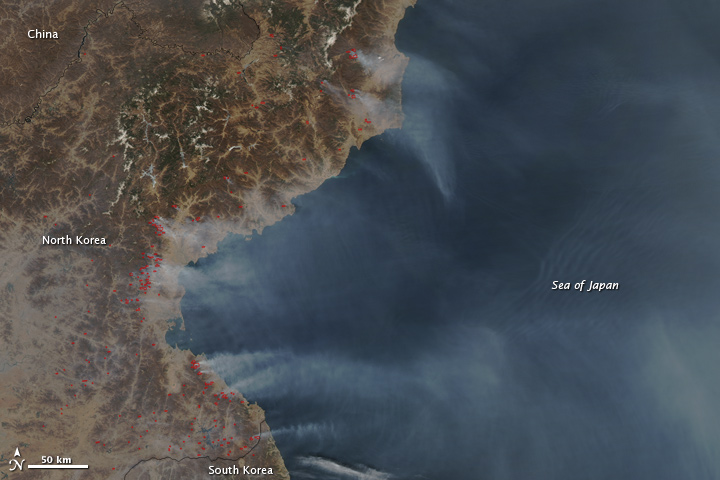 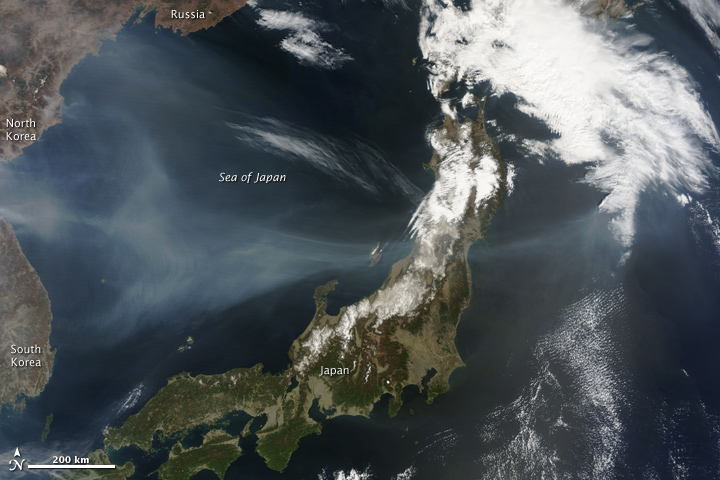 The Moderate Resolution Imaging Spectroradiometer (MODIS) on NASA’s Aqua satellite detected several fires in North Korea on April 13, 2011. The fires are marked in red in the top image. The fires stop at the country’s borders with China and South Korea, a sign that they were probably deliberately set. Fire is frequently used throughout the world to clear land for agriculture and other purposes, but rules governing the use of fire vary from country to country.

Clustered along the east coast, many of the fires were producing thick smoke, blanketing the Sea of Japan with haze. The lower image, taken earlier in the day by the MODIS sensor on NASA’s Terra satellite, shows thick smoke extending from Asia over Japan. Though some of the smoke may be coming from eastern Russia, the densest plumes extend east from the Korean peninsula.

Acquired October 15, 2009, this true-color image shows fires burning in North Korea, just south of the Chinese border. Individual smoke plumes coalesce into a large plume over the Sea of Japan.