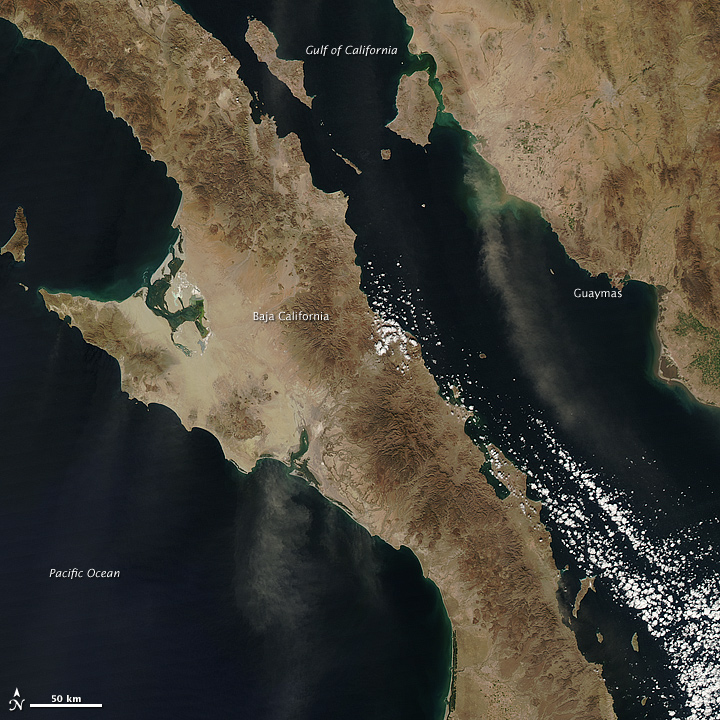 Dust plumes blew over the Gulf of California and the Pacific Ocean in early February 2011. The Moderate Resolution Imaging Spectroradiometer (MODIS) on NASA’s Aqua satellite captured this natural-color image on February 3.

A dust plume blows over the water northwest of the coastal town of Guaymas, and the green tint to the water below the plume might result at least partly from dust landing in the water. Off the coast of Baja, a large plume and multiple smaller plumes blow out over the Pacific.

The earth-toned landscapes visible in this image hint at the aridity that could give rise to dust. Sand seas, which provide ample material for dust storms, occur along parts of Baja, California.

Dust over the Gulf of California

Dust blew southward over the Gulf of California on December 25, 2007. 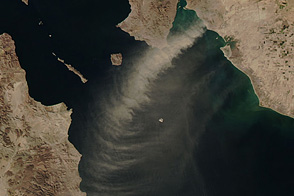 Acquired September 15, 2010, this natural-color image shows dust plumes spanning hundreds of kilometers over the Atlantic Ocean, just off the coast of western Africa.