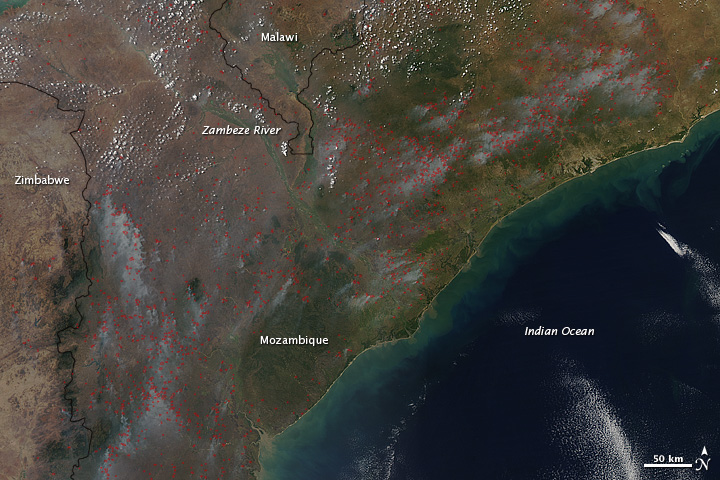 September marks the end of the dry season in Mozambique. Grasses and brush are at their driest, waiting for the renewal that comes when the rains start in October. This means that September is also fire season in southeastern Africa. On September 15, 2010, when the Moderate Resolution Imaging Spectroradiometer (MODIS) on NASA’s Aqua satellite acquired this image, hundreds of fires burned throughout Mozambique.

The fires that the MODIS instrument detected are outlined in red. Most of the fires shown in this image were probably deliberately set by farmers and other land managers preparing land for the coming growing season. Low-intensity fire consumes dry grass and light brush, returning nutrients to the soil and clearing the land for new plants.

Fire can be beneficial for land management, but it also degrades air quality. In this image, fires veil the landscape in pale smoke.

Hundreds of land-management fires burned throughout southern Africa at the end of the dry season in September 2010.