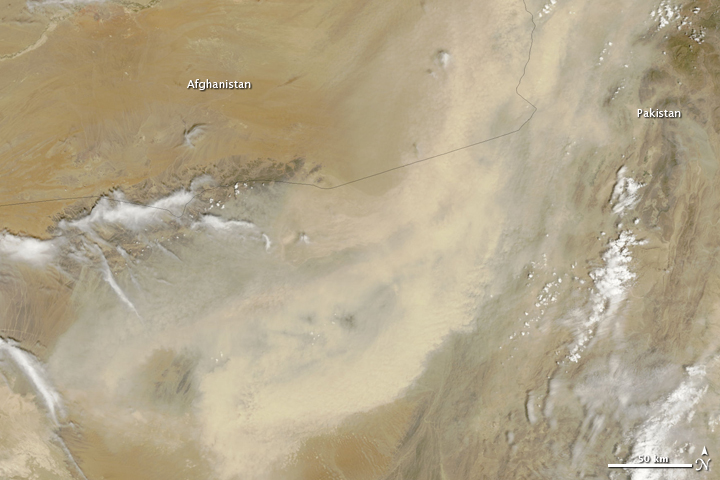 The deserts of southern Afghanistan and western Pakistan produce frequent dust storms, particularly during the spring and summer dry season. On May 5, a thick band of dust extended along hundreds of kilometers of the border between the two countries. This photo-like image, from the Moderate Resolution Imaging Spectroradiometer (MODIS) on NASA’s Terra satellite, shows the southernmost portion of the plume. The large image shows the entire plume over a broader region.

The dust is thick enough to hide the ground from view. It is not clear from this image where the dust is coming from, but dry wetlands in this region are a common source of dust. One such wetland, the Hamun-i-Mashkel is in the lower left corner of the image. The dried wetland is a lighter shade of brown than the surrounding desert.

The large image is the highest-resolution version of the image available. The MODIS Rapid Response Team provides the image in other resolutions.