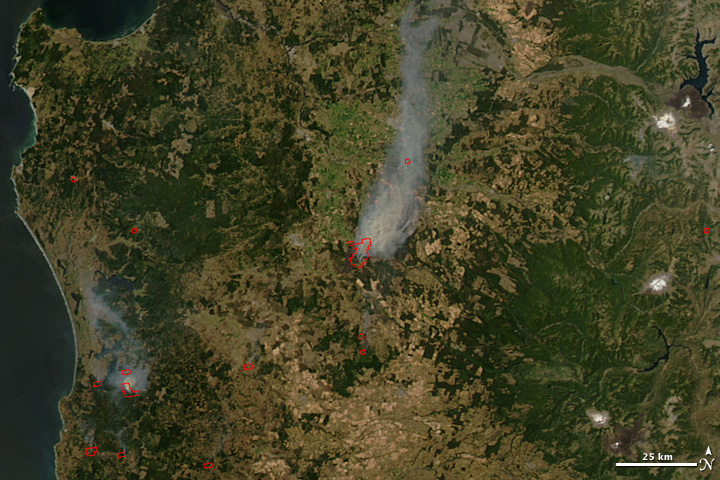 Several fires were burning in central Chile on January 21, 2009, when the Moderate Resolution Imaging Spectroradiometer (MODIS) on NASA’s Aqua satellite passed overhead and captured this image. The image shows parts of Octava Region (northern part of scene0 and the Novena Region (southern). Several of the fires (outlined in red) were small, and were probably brush-clearing or other agricultural fires, but one of the fires affected a larger area. The large area and thick smoke plume suggest a wildfire.

The high-resolution image provided above is at MODIS’ maximum spatial resolution (level of detail) of 250 meters per pixel. The MODIS Rapid Response Team provides this image in additional resolutions.

Small and large fires were burning in central Chile on January 21, 2009.