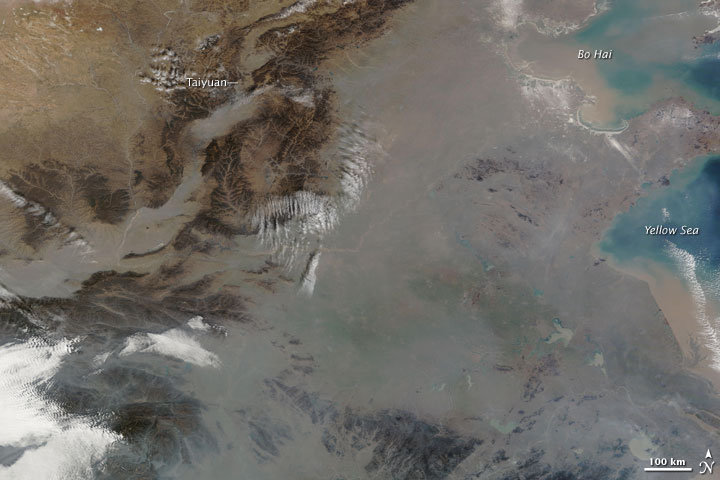 Haze hovered over eastern China in mid-January 2009. The Moderate Resolution Imaging Spectroradiometer (MODIS) on NASA’s Terra satellite took this picture on January 15, 2009. Pale gray haze obscures the view of the coastal lowlands near Bo Hai and the Yellow Sea. Haze also clogs the valleys to the west, near the industrial city and coal-mining center of Taiyuan. In the west and south, mountain peaks poke through the gray haze, showing rugged greenish-brown terrain.

The haze appears thicker in the west, and this results partly from that area’s location near the satellite swath edge, where MODIS must peer through a longer path (thicker layer) through the atmosphere to see the planet. Such wide viewing angles exaggerate the appearance of haze, smoke, and dust over the planet’s surface. 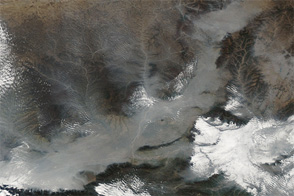