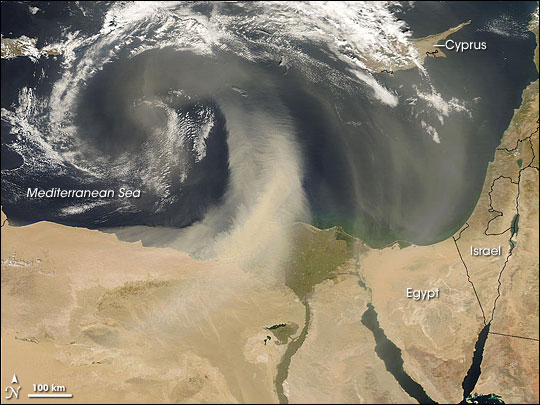 A thick plume of dust blew off the northern coast of Egypt, west of the Nile Delta, and over the Mediterranean Sea on September 25, 2008. The Moderate Resolution Imaging Spectroradiometer (MODIS) on NASA’s Aqua satellite captured this image the same day. In this image, the dust swirls in a counter-clockwise direction toward the northwest. A thinner plume in the east mimics the motion of the larger, thicker plume. Source points for this dust storm are not apparent in this image, but the dust likely arose from the sand seas farther inland in Egypt and/or Libya. 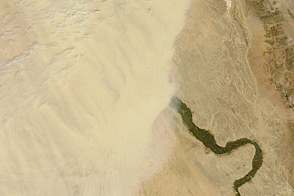 A pale plume of dust sweeps northeast from the Egyptian desert in this true-color image from November 4, 2009.

Dust Plume over the Mediterranean Sea