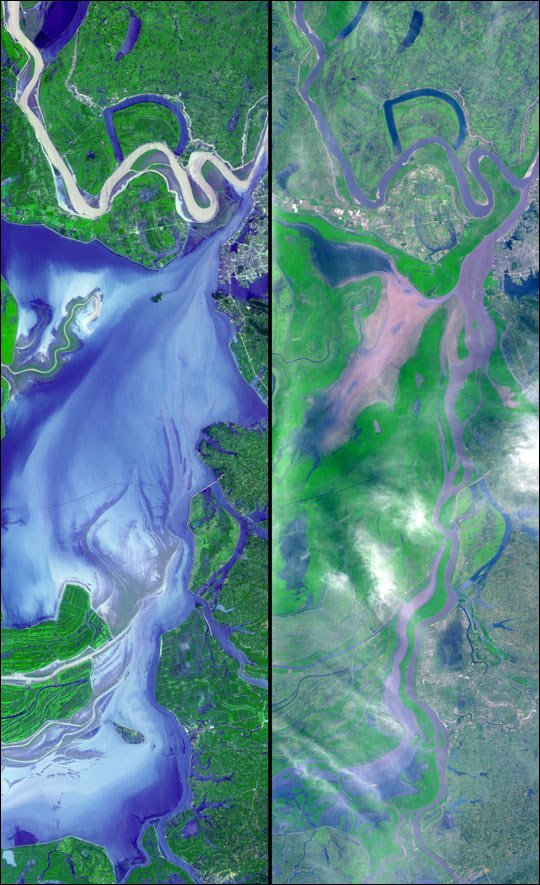 These images show dramatic change in the water at Dongting Lake in Hunan province, China. A flood crest surged down the Yangtze River in late August of this year, but the embankments made by residents there held. The left image was acquired on September 2, 2002 and shows the extent of the lake. The right image was obtained March 19, 2002 before the flooding began.

These images were acquired on September 2, 2002 and March 19, 2002 by the Advanced Spaceborne Thermal Emission and Reflection Radiometer (ASTER) on NASA's Terra satellite. With its 14 spectral bands from the visible to the thermal infrared wavelength region, and its high spatial resolution of 15 to 90 meters (about 50 to 300 feet), ASTER will image Earth for the next 6 years to map and monitor the changing surface of our planet.

ASTER is one of five Earth-observing instruments launched December 18, 1999, on NASA's Terra satellite. The instrument was built by Japan's Ministry of Economy, Trade and Industry. A joint U.S./Japan science team is responsible for validation and calibration of the instrument and the data products.