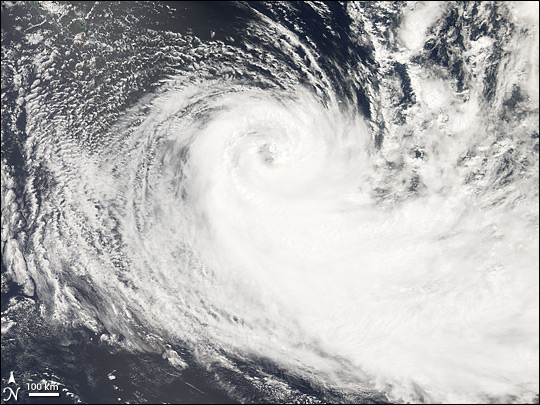 Tropical Cyclone Gene was slowly fading away when the Moderate Resolution Imaging Spectroradiometer (MODIS) on NASA’s Aqua satellite captured this photo-like image on the afternoon of February 4, 2008. At its height on January 31, the storm reached Category 3 status, with winds of 185 kilometers per hour (115 miles per hour or 100 knots), according to the Joint Typhoon Warning Center. By the time MODIS captured this image at 2:25 p.m., local time, Gene’s winds had dropped to between 102 and 83 km/hr (63-52 mph or 45-55 knots), making it a tropical storm. In this image, Gene still has the distinct spiral structure seen in well-formed storms. Well-defined bands of clouds spiral around a loose eye. The storm was moving southeast over the South Pacific as it degraded. 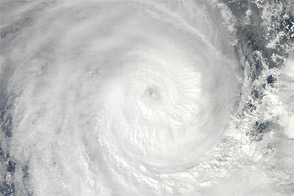