Snow Storm in the Sierras 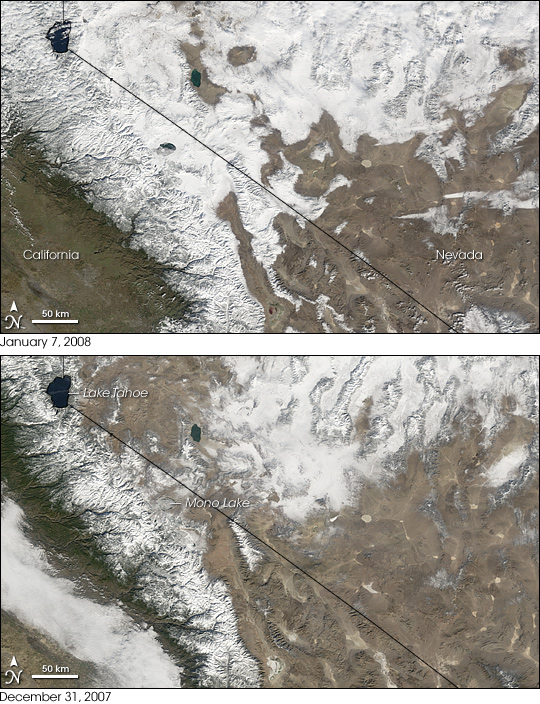 A winter storm walloped the Sierra Nevada Mountains of California along with much of Nevada in the first week of 2008. Wind gusts of more than 100 miles per hour were reported in California, Utah, and Nevada; hundreds of miles of power lines were toppled. More than 6 feet of snow fell in parts of the mountains, and heavy rains were responsible for floods in Nevada that forced several thousand people to evacuate their homes.

This pair of images shows the snow cover in Southern California and Nevada on January 7, 2008, and December 31, 2007. Already on December 31 many of the high elevations were snow-covered, and low clouds or fog filled the San Joaquin Valley at lower left. After the big storm passed through in early January, nearly all the valleys were blanketed as well—Death Valley, the long narrow valley in bottom center of the images, is one obvious exception. Mono Lake appears to be partially ice covered.

You can download a 250-meter-resolution KMZ file of the snow in the mountains suitable for use with Google Earth.