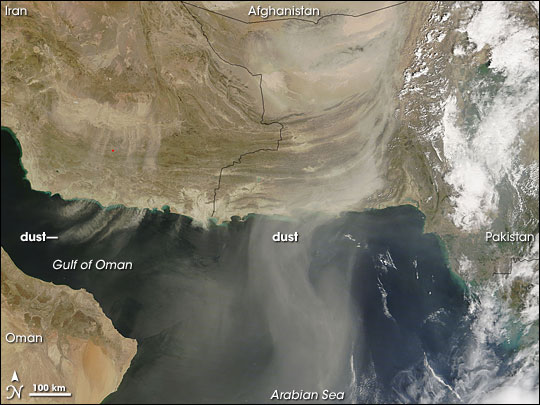 Dust plumes blew from Afghanistan southward through Pakistan and over the Arabian Sea on September 23, 2007. The same day, smaller plumes of dust blew off the coast of Iran over the Gulf of Oman. The Moderate Resolution Imaging Spectroradiometer (MODIS) on NASA’s Terra satellite captured both dust storms in one image.

Although occurring in the same region on the same day, these dust storms look quite distinct from each other. The western storm, off the coast of Iran, consists of a series of plumes separated by largely dust-free regions. The eastern storm, originating in Afghanistan, consists of one large, undulating plume with an amorphous outline. Its different size and shape may result from the fact that it has traveled farther. As dust particles are borne aloft by the wind, they can bump into other dust particles, escalating the storm. 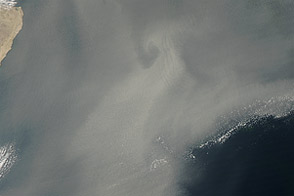 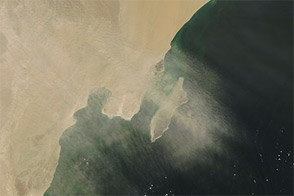 Acquired February 4, 2013, these images follow the progression of a dust storm off the coast of Oman.