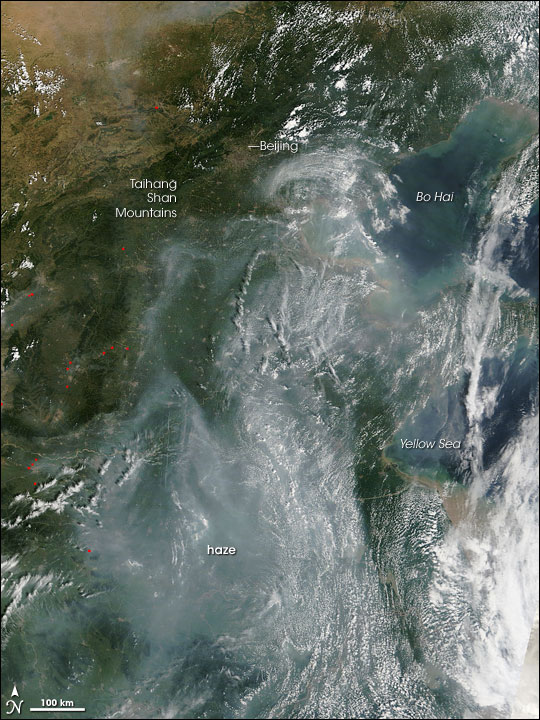 Haze collected south of Beijing on August 13, 2007. The Moderate Resolution Imaging Spectroradiometer (MODIS) flying on NASA’s Terra satellite captured this image the same day. In this image, haze snakes its way northward from an especially heavy concentration just east of the Yellow Sea. The haze likely resulted from a combination of industrial smog and smoke from wildfires. Weather patterns may have played a role in trapping the haze in this region; Typhoon Pabuk made landfall near Hong Kong and traveled northward along the coast.