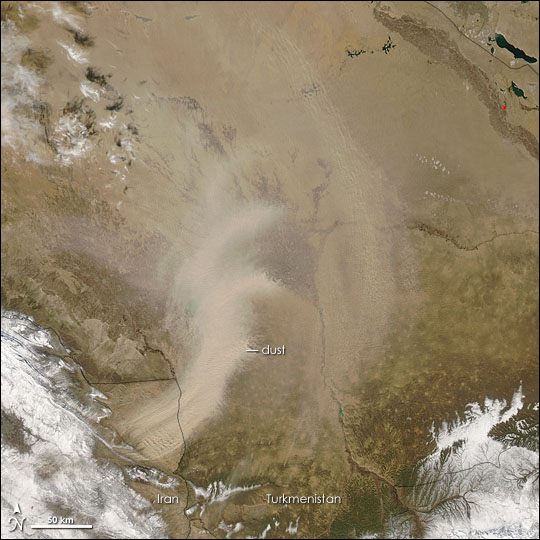 On January 20, 2007, a plume of dust blew from Iran across the border into Turkmenistan. The Moderate Resolution Imaging Spectroradiometer (MODIS) on NASA’s Aqua satellite took this picture the same day. In this image, the dust appears as plume that pushes out of Iran in a counter-clockwise direction. Toward the north, the plume appears as a series of arcs cutting across the plume’s main trajectory. To the east, a thinner, fainter plume mimics the counter-clockwise movement of the main dust plume. The small beige dots in southern Turkmenistan are likely settlements.