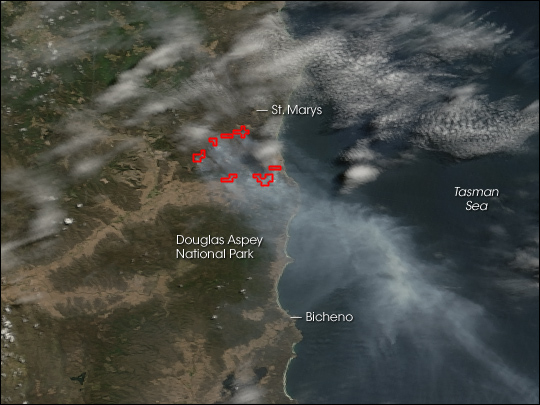 According to news reports, more than a dozen houses burned in small towns along the east coast of Tasmania when bushfires hit the island in December 2006. Like Victoria, to the north, Tasmania has been experiencing extreme fire conditions, with hot temperatures and gusty winds. This image from the Moderate Resolution Imaging Spectroradiometer (MODIS) on NASA’s Terra satellite shows a large fire burning south of St. Marys on December 13. Places where MODIS detected actively burning fire are outlined in red. A plume of smoke spreads southeast from the blaze over the Tasman Sea.

A 250-meter-resolution KMZ file of the Victoria fires is available for use with Google Earth. 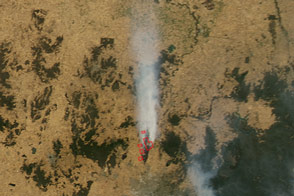 A large, fast-moving fire burned in the suburbs north of Melbourne, Australia. 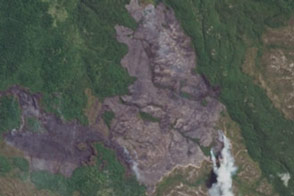 Smoke is visible as far away as New Zealand.