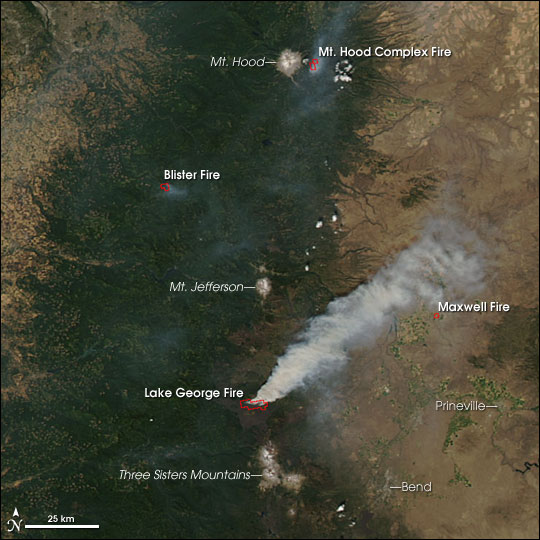 Several fires were burning in the Cascade Mountains of northern Oregon on August 14, 2006, when the Moderate Resolution Imaging Spectroradiometer (MODIS) on NASA’s Aqua satellite passed overhead. Places where MODIS detected actively burning fires are marked in red. The largest of the fires was the Lake George Fire, which the National Interagency Fire Center estimated to be about 2,000 acres and 5 percent contained as of August 15.

The high-resolution image provided above has a spatial resolution of 250 meters per pixel. The MODIS Rapid Response System provides twice-daily images of the western United States in additional resolutions.