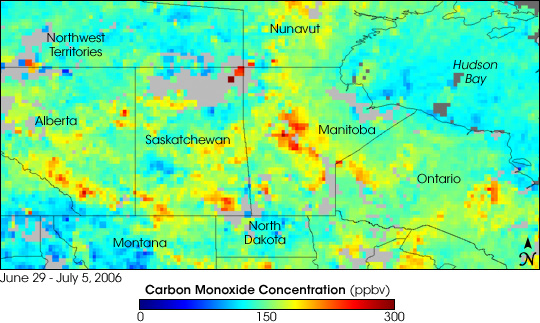 Fires in central and western Canada impacted air quality in late June and early July 2006. Smoke includes carbon monoxide, a gas that is toxic in high concentrations. The Measurements of Pollution in the Troposphere (MOPITT) sensor on NASA’s Terra satellite measured carbon monoxide between June 29 and July 5, 2006. This image maps the carbon monoxide that accumulated over the area during that period.