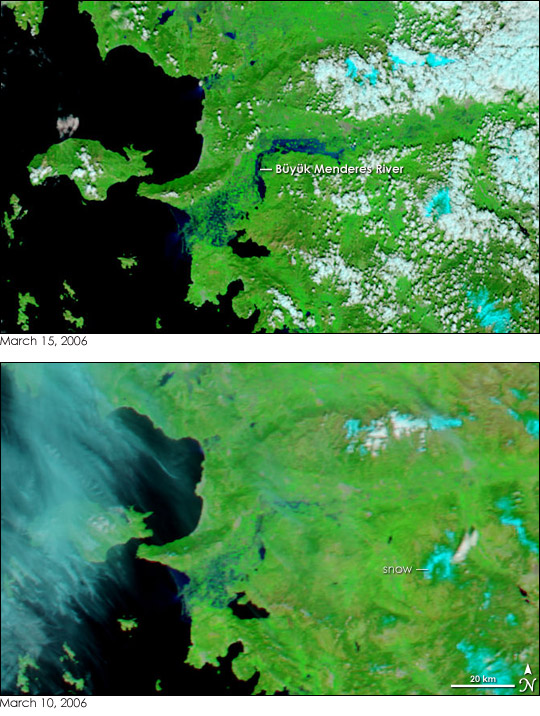 In the five days that passed between March 10 and March 15, 2006, the Büyük Menderes River in western Turkey overflowed with spring run-off. A light rain fell over the region in the days between the acquisition of these two images, but most of the flood water seen here has probably come from snow melting on the Anatolian Plateau (outside the image area to the right), where the river has its origins. A little snow, pale blue in the false-color images, was visible on both March 10 and March 15, though clouds mask the snow extent on March 15, making it impossible to tell how much snow has melted near the river. The flood hides the meandering curves of the river. The term “meander” actually comes from the twists and turns on this section of the Büyük Menderes, which was called “Maeander” anciently.