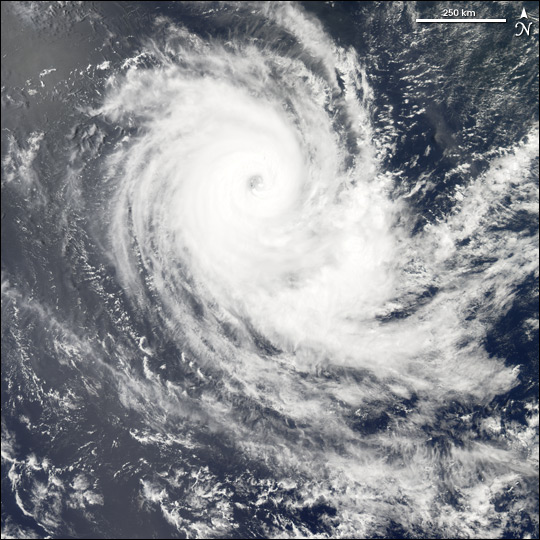 Tropical Cyclone Carina appears as a tightly wound spiral in the Indian Ocean in this satellite view of the storm, obtained by the Moderate Resolution Imaging Spectroradiometer (MODIS) instrument on NASA’s Aqua satellite on February 27, 2006. Carina had become an organized storm system four days earlier, and built rapidly into a powerful cyclone. By the time MODIS obtained this observation of Carina, peak winds were blowing at 175 kilometers per hour (110 miles per hour). However, the tropical cyclone was moving into the southern Indian Ocean well away from the nearest land, even the very remote Cocos Islands several hundred kilometers east.