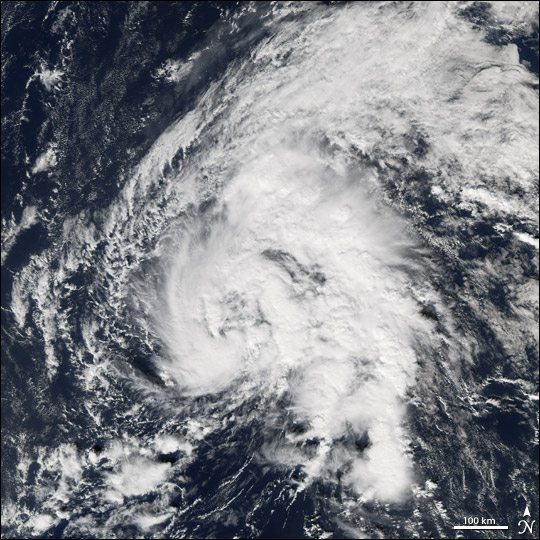 December 30, 2005, saw an unexpected addition to the year’s weather events: Tropical Storm Zeta. The Moderate Resolution Imaging Spectroradiometer (MODIS) flying onboard the Aqua satellite captured this image on December 30, 2005, at 15:35 UTC (roughly 1:35 p.m. local time). At that time, Zeta had sustained winds of around 82 kilometers per hour (52 miles per hour).