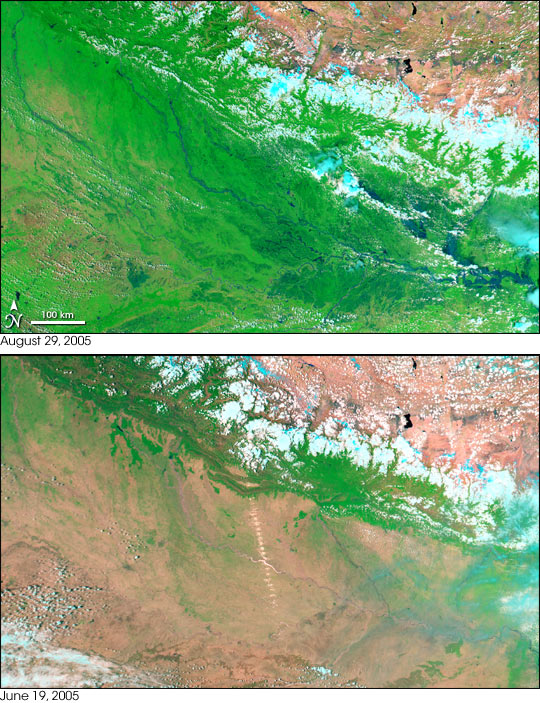 Heavy monsoon rains brought floods to northeastern India in late August 2005. The floods marooned hundreds of villages, affecting 800,000 people in the Uttar Pradesh State. The rivers were still swollen on August 29, 2005, when the Moderate Resolution Imaging Spectroradiometer (MODIS) on NASA’s Aqua satellite captured the top image. Shown in false color, the image depicts water as dark blue, clouds as pale blue and white, vegetation as bright green, and bare ground as pink and tan. The snow that caps the Himalayas is bright blue.

The effect of the summer monsoon is clear when the top image is contrasted with the lower image, taken on June 19, 2005, before the rains started. The rivers in Uttar Pradesh in the upper left corner of the image are wider than normal, brimming with monsoon rains. In addition to filling the rivers, the rainfall has turned the landscape green as plants flourish. In the lower right corner of the image is the Ganges River at its wet-season levels. Though the river is much larger than it was in June, there are no reports of flooding in the region.