Of the 45 currently erupting volcanoes on Earth, La Soufrière is among those that worry volcanologists the most.

Unlike the slow-moving lava that many onlookers have admired flowing from Fagradalsfjall in Iceland, La Soufrière has an explosive and erratic eruption style. What began as a dome of goopy lava slowly pushing from the summit crater in December 2020 has turned into something much more dangerous: several explosive blasts rocked La Soufrière and the Caribbean island of St. Vincent starting on April 9, 2021.

Explosions on April 10 were energetic enough that the Multi-angle Imaging SpectroRadiometer (MISR) on NASA’s Terra satellite measured part of the plume at altitudes up to 20 kilometers (12 miles). When correlated with measurements of the plume from the CALIPSO satellite, the findings tell Verity Flower, a volcanologist based at NASA’s Goddard Space Flight Center, that the eruption led to a sustained injection of sulfate aerosol particles and ash into the stratosphere. Flower and other scientists watch closely for emissions reaching the relatively dry stratosphere because particles last much longer and travel much farther than if they remain in the lower, wetter troposphere. The boundary between the troposphere and stratosphere at tropical latitudes is roughly 18 kilometers. 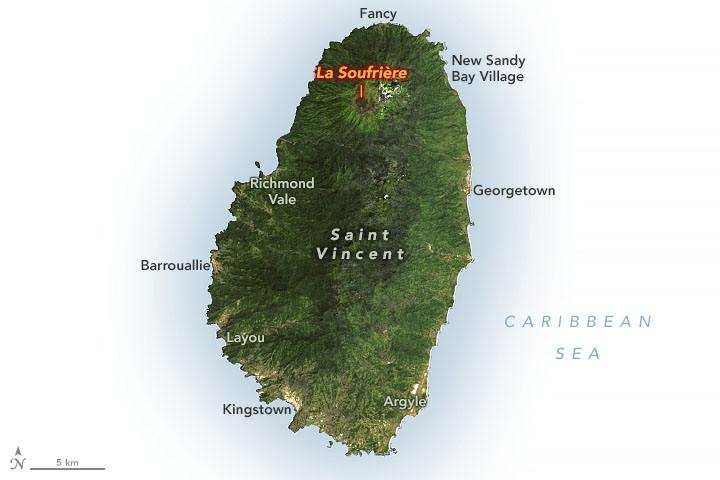 Volcanic plumes that reach and linger in the stratosphere can start to exert a cooling influence on global temperatures. “The current thinking is that a volcano needs to inject at least 5 teragrams of sulfur dioxide into the stratosphere to have measurable climate impacts,” explained Michigan Tech volcanologist Simon Carn.

After about a week of explosive eruptions, satellite measurements show La Soufriere has delivered about 0.4 - 0.6 teragrams of sulfur dioxide to the upper atmosphere. That is already more than any other Caribbean volcano has produced during the satellite era. Those numbers could increase if the eruption continues. “Moderate eruptions are also far more numerous than the really huge ones, so the cumulative effects of such eruptions can be significant over time,” added NASA climatologist Ralph Kahn.

Measurements of volcanic plume heights and properties have implications beyond climate. MISR detected very large, non-spherical, and water-absorbing particles indicative of ash. “Plumes can cause aviation and air quality hazards. The injection height is needed to initialize forecast models that predict the downwind evolution of the plume,” said Kahn. “That’s especially important for aircraft, which must avoid ash.” During the first week of the eruption, news media reported widespread flight delays and cancellations in the Caribbean due to ash.

On the ground, humanitarian challenges are mounting. Thousands of people live in towns and tend farmland near La Soufriere’s summit and the likely paths of the pyroclastic flows—which cannot be outrun. Early warnings from volcanologists this year meant that most people in the area of greatest risk had an opportunity to evacuate, but recent history offers a cautionary tale of what can happen in the absence of scientific monitoring. In 1902, roughly 1,600 people—many of them laborers working on sugar estates—lost their lives during an explosive eruption.

More than 20,000 people have had to evacuate the northern part of St. Vincent in April 2021, and blankets of ash and volcanic rock have fallen on many parts of the island. Problems with access to fresh water and electricity are widespread, and many evacuees are staying in shelters that lack basic services. The threat of more explosions and pyroclastic flows remains, according to The University of West Indies Seismic Research Center.

The NASA Disasters team is working with several science institutions and agencies to continue assessing the eruption and to make data about this eruption available to emergency responders and aid groups working in the region. See an interactive version of these data developed by the team here.

Explosive eruptions from the Caribbean volcano have flung ash and sulfate particles to the stratosphere. 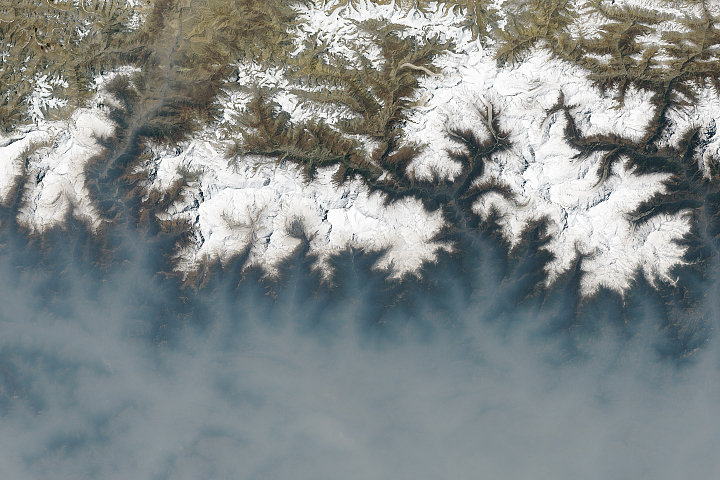 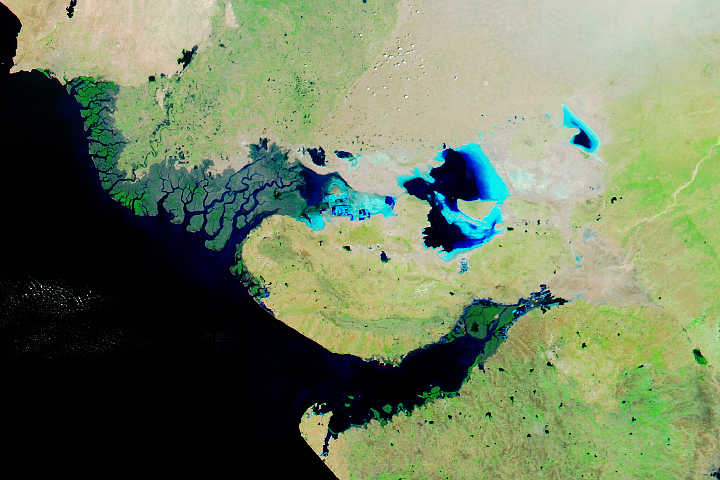