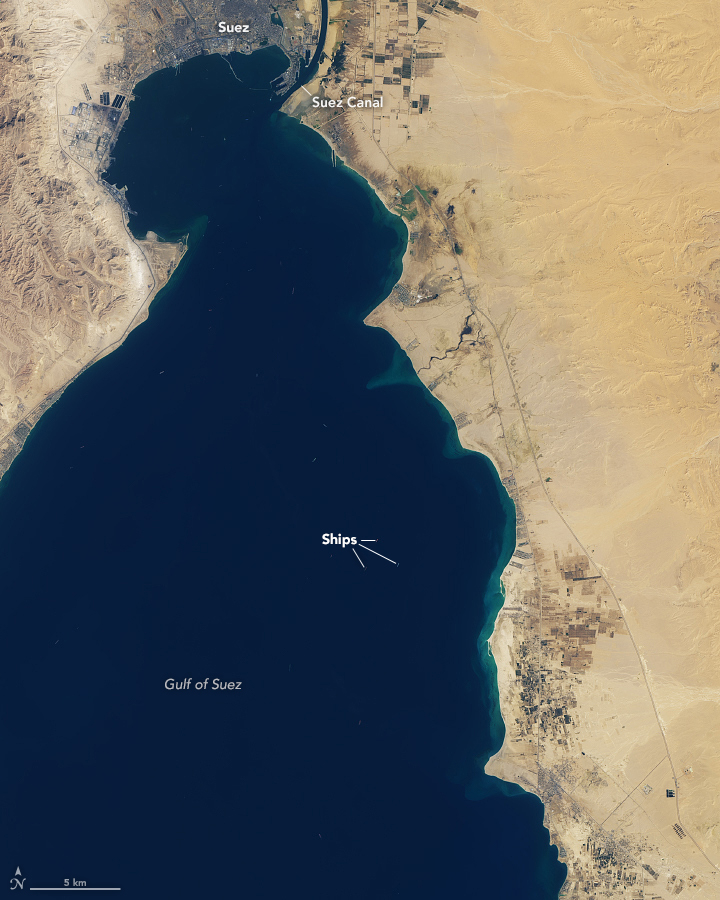 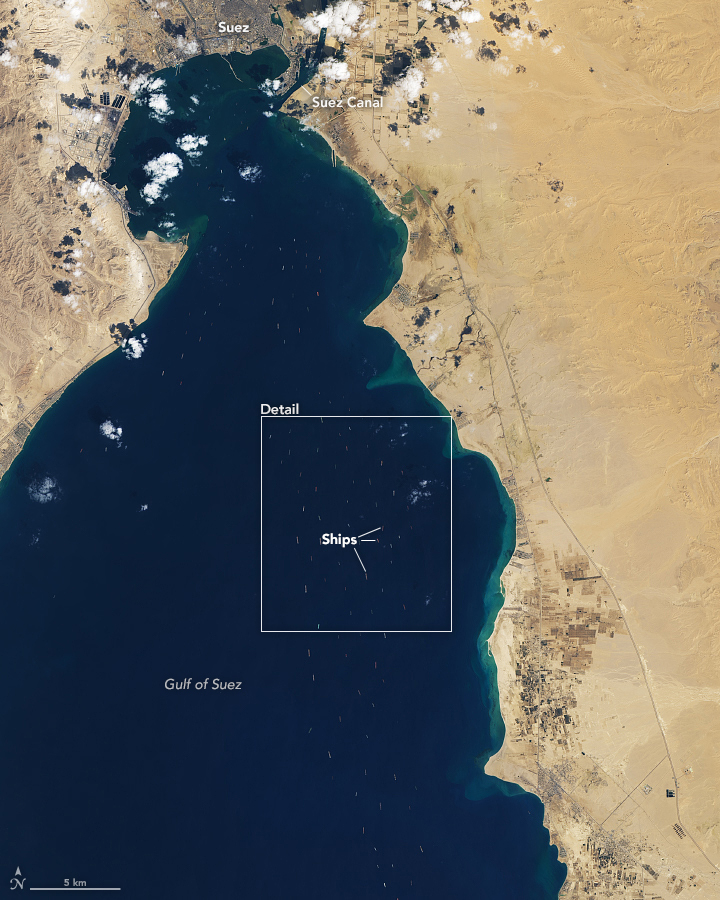 One of the world’s most important shipping lanes—the Suez Canal—is reopening this week. But as satellite imagery shows, the traffic jammed up around the canal’s two ends is substantial and is likely to take some time to disperse.

After a grounded container ship blocked traffic on the Suez Canal for six days, the key shipping route through Egypt reopened on March 29, 2021. Engineers were aided by a natural process—a high spring tide—in their efforts to dislodge the massive ship with tugboats, dredging equipment, and backhoes.

Spring tides occur when tides "spring forth" during new and full moons—when the Earth, Sun, and Moon are in alignment. In this case, the tides in the Suez Canal rose about 46 centimeters (18 inches) above normal on March 29. That made it slightly easier to refloat and straighten out the ship. After being dislodged, the ship continued north into Great Bitter Lake, a wider part of the Suez Canal system. 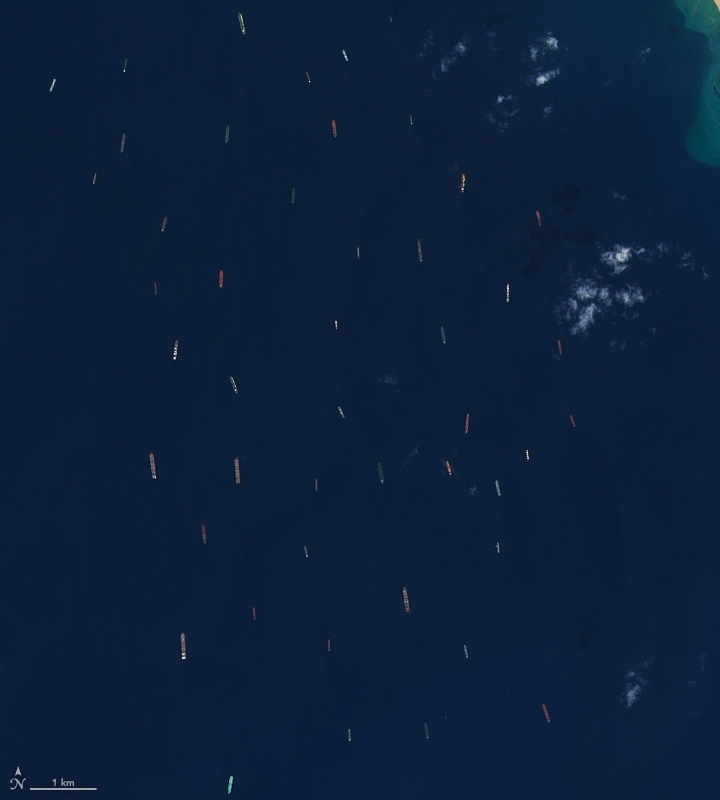 On March 27, 2021, the Operational Land Imager (OLI) on Landsat 8 acquired an image of the many ships waiting ships in the Gulf of Suez, the northwestern arm of the Red Sea. For comparison, the second image shows the area on March 11, 2021. Among the ships in the queue: container and cargo carriers, crude oil tankers, and chemical tankers. It could take up to three days to clear the backlog, according to the Suez Canal Authority. 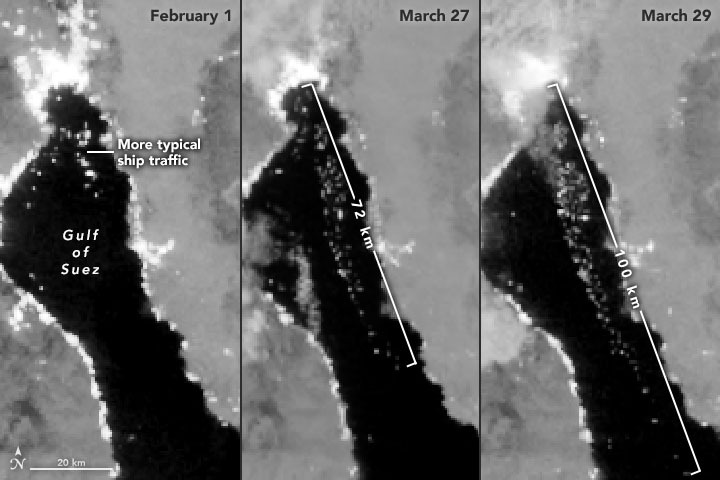 The series of nighttime images above, all acquired with the Visible Infrared Imaging Radiometer Suite (VIIRS) on the Suomi NPP satellite, offers another view of ships waiting in the Gulf of Suez. The VIIRS “day-night band” detects light in a range of wavelengths from green to near-infrared and uses filtering techniques to enhance dim signals such as moonlight, gas flares, and the lights on ships. The left image shows typical ship traffic in the Gulf of Suez on February 1, 2021. By March 27, the line of waiting ships stretched 72 kilometers (45 miles). Two days later, ships waited as far as 100 kilometers (60 miles) from the canal entry. According to Leth Agencies, 184 vessels were still waiting to get through on March 30.