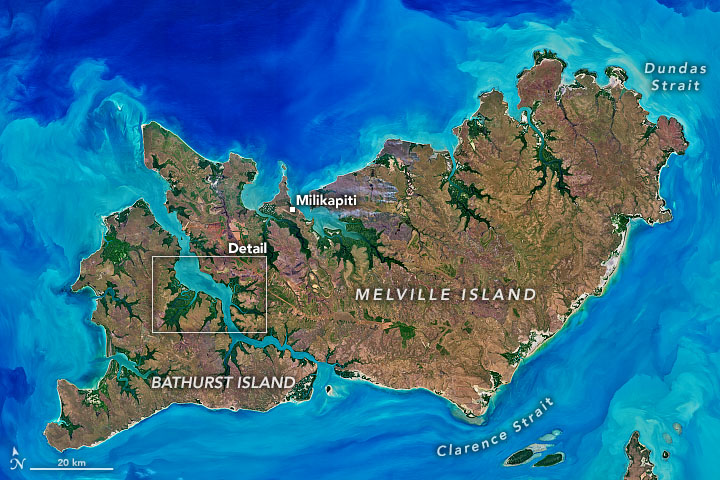 According to ancient folklore, the creation of the main Tiwi Islands—Bathurst and Melville—can be traced to an old blind woman named Mudungkala. As the world was taking form during the Palaneri (or “dreaming” phase), Mudungkala rose from the Earth in the southeast of Melville Island. Crawling on her knees, she carried her three infants and slowly traveled north.

As she made her journey, fresh water bubbled up in her wake, creating tides and the Clarence and Dundas Straits that separate the islands from mainland Australia today. As she continued around the landmass, she decided it was too large and formed the Apsley Strait to divide the island into two. She then covered the bare islands with vegetation and animals so her children could have food once she left. Once the islands were complete, she vanished, leaving no clues about where she went.

The images on this page show various scenes of the Tiwi Islands, which are part of Australia’s Northern Territory and located about 60 kilometers (40 miles) north of Darwin. Both images were acquired on August 10, 2019, by the Operational Land Imager on the Landsat 8 satellite. 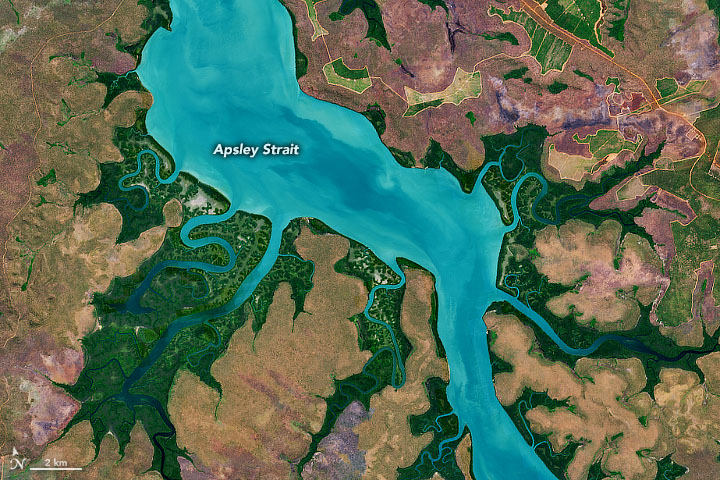 The Tiwi folklore may not be far off from how the islands developed. Researchers interpret the narrative as a story of the landmass settling and then experiencing subsequent flooding—an ancient account of sea level rise. The Tiwi Islands were once connected to continental Australia, but rapid sea level rise separated the islands from the mainland and each other. Researchers have calculated that the flooding around the Tiwi Islands occurred between 8,200 and 9,650 years ago.

Because the islands were isolated from mainland Australia, the Tiwi people developed a distinct culture over thousands of years. Tiwi (which means “one people”) speak one language, although there may be three to four different variations of the language. About 90 percent of the 3,000 island inhabitants are Aborigines. The most populous town is Milikapti, home to around 450 people.

Climate change might bring more sea level changes in the future. Climate projections predict a further increase in air temperature, tropical cyclones, storm surge height, and sea surface temperature around this part of Australia. And researchers have predicted that the region could experience sea level rise up to 1.1 meters (3.6 feet) by 2100. 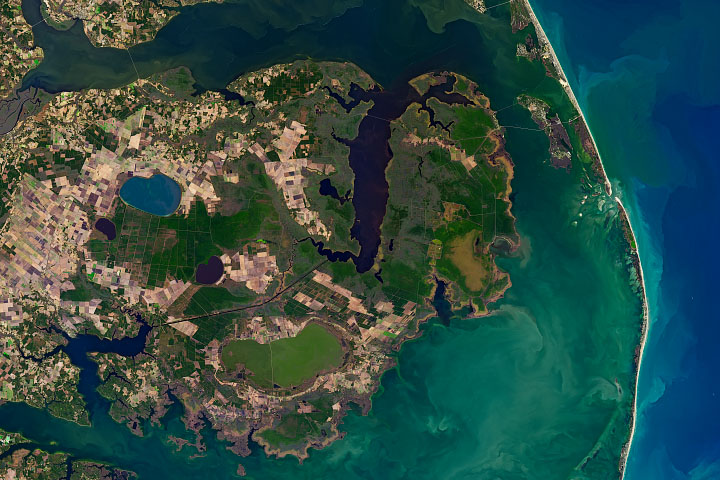