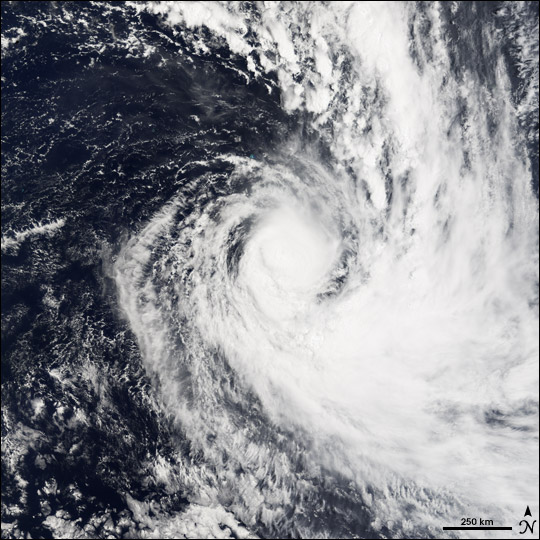 Cyclone Meena moved across the Cook Islands in the South Pacific Ocean on February 7, 2005, causing less damage than initially feared. As it approached the islands on February 6, the cyclone neared super-cyclone status—the category reserved for storms with winds gusts greater than 280 kilometers per hour. A few hours before the Moderate Resolution Imaging Spectroradiometer (MODIS) on NASA’s Terra satellite took this image, Meena reached its strongest point with winds of 232 kilometers per hour (144 mph) and gusts up to 278 kph (173 mph). By the time this image was taken, the storm had weakened, sparing the Cook Islands serious damage when it struck a few hours later.