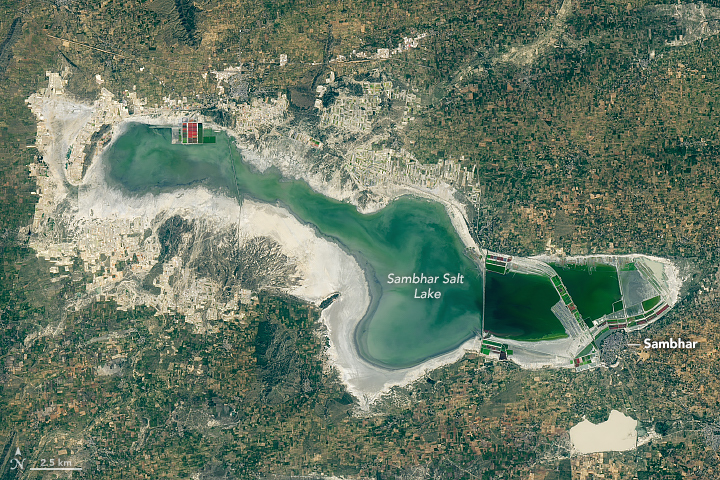 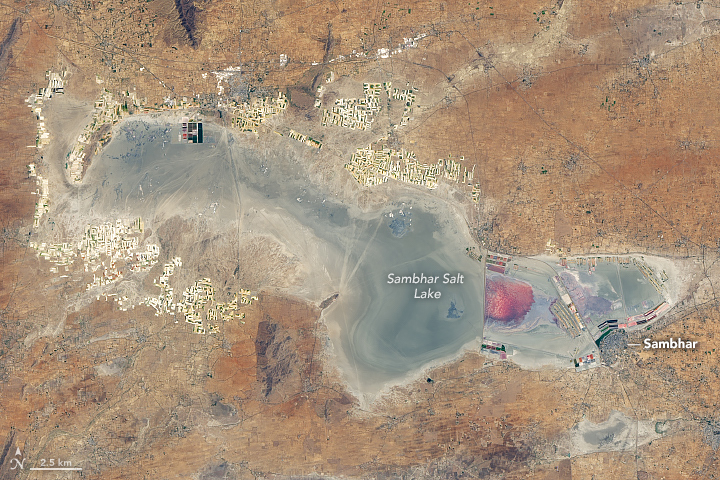 A desert might not be the first place you would expect to find wetlands. Deserts, by definition, receive little rainfall. But in northwest India’s state of Rajasthan, a few saline lakes dot the Thar Desert. Whether or not they are holding much water depends on when you look.

The Operational Land Imager (OLI) on Landsat 8 acquired these images of Lake Sambhar, one of India’s largest salt lakes. The lake and the streams that feed it are ephemeral, with water coming and going with the seasons.

The left image shows the lake on September 30, 2018, at the end of the monsoon season (June through September). At its fullest, Lake Sambhar can spread across 230 square kilometers (90 square miles). The water provides an important winter habitat and feeding ground for migratory birds, including tens of thousands of flamingos. The number of flamingos and other birds has been dropping because of inconsistent monsoons and reduction of habitat. The lake has been included on a list of the planet’s large salt lakes that are in decline due to water diversions and climate change.

With or without changes in the monsoon, it is normal for water levels in the shallow lake to drop in summertime. The right image shows Sambhar Lake when it was nearly dry in the pre-monsoon season on April 10, 2019. Notice that an artificial embankment divides the western side from the eastern side, which has been developed for salt extraction. Ponds at various stages of salt production add geometric splashes of color to the otherwise dry, brown landscape. 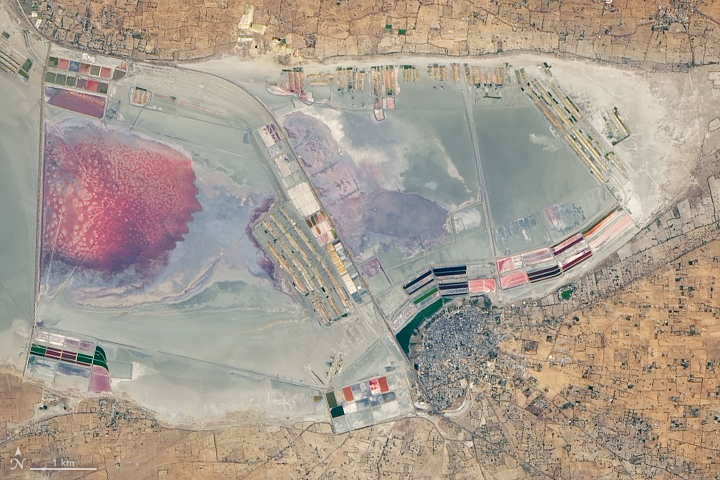 Salt has long played an important role at Lake Sambhar. The detailed view shows the eastern side of the lake around the town of the same name. According to historical accounts, salt production has occurred near Sambhar for more than 1,000 years. Today, the salt industry continues to be the major employer in the town.

The wet and dry seasons bring two distinct but colorful looks to this wetland in the Thar Desert. 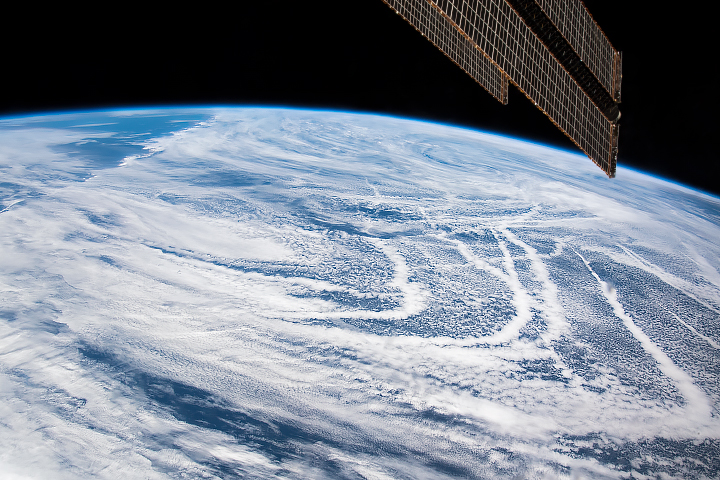 Lake Sambhar, India’s largest salt lake, sits west of the Indian city of Jaipur (Rajasthan, NW India). On the eastern end, the lake is divided by a 5-kilometer long dam made of stone. East of the dam are salt evaporation ponds where salt has been farmed for a thousand years. This image, taken by astronauts aboard the International Space Station, shows Lake Sambhar’s eastern saltworks in detail. Today, they are operated by a joint venture between Hindustan Salts and the Government of Rajasthan. East of the dam is a railroad, built by the British before India’s independence, that provides access from Sambhar Lake City to the salt works.