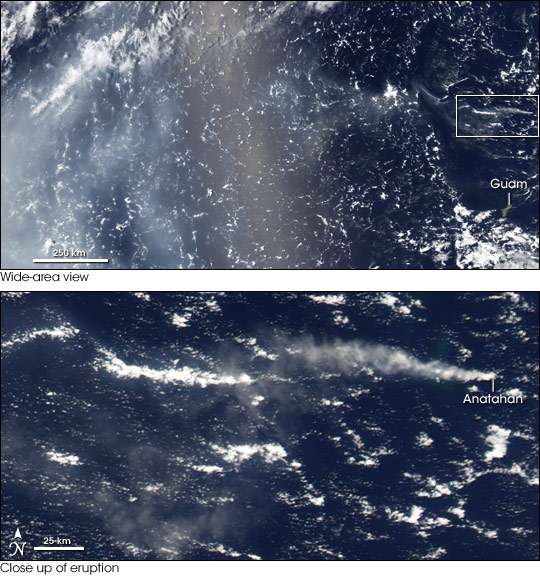 Anatahan Volcano contains the largest known caldera (crater) in the Northern Mariana Islands. The volcano has been erupting off and on since its largest historical eruption on May 10, 2003, spewing clouds of volcanic gases and ash across a wide region of the Pacific Ocean.

This pair of images shows volcanic emissions spread across hundreds of kilometers in the Pacific. The top image shows seemingly tiny Anatahan Island at far right, while the left-hand side of the scene is clouded with volcanic ash. The image below is a close up of the island, which was still erupting at the time this image was captured by the Moderate Resolution Imaging Spectroradiometer (MODIS) on NASA’s Aqua satellite on May 27, 2005.