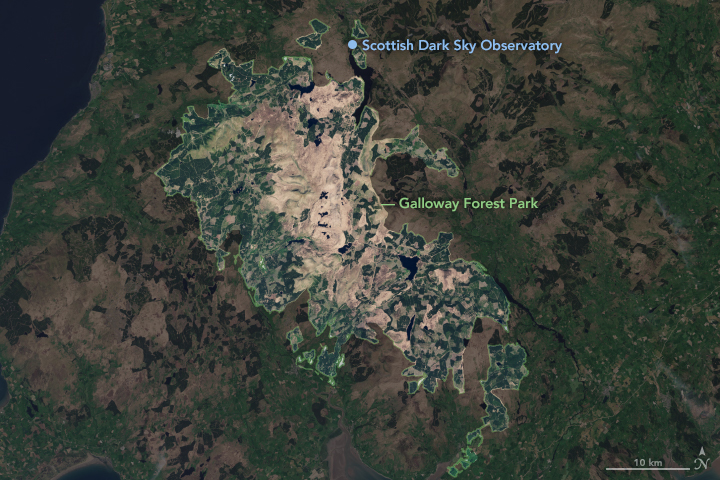 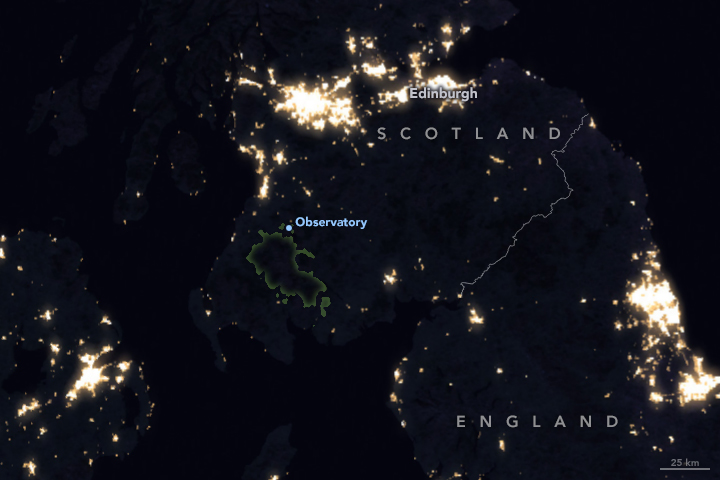 Look to the nighttime sky on November 17-18 and you might be rewarded with a celestial light show. On those nights, the Leonid meteor shower reaches its annual peak and produces the highest number of meteors per hour. The shower is the result of Earth’s orbit crossing paths with the debris left behind by Comet Tempel-Tuttle. The dusty bits vaporize in the atmosphere to produce the brilliant streaks of light.

The Leonids—named for the constellation Leo from which the shower appears to radiate outward—are expected to be moderate in 2018. But your chances for a quality show increase if you observe from an area with minimal light pollution. The images above show one such area in southern Scotland where dark skies are actively preserved. Galloway Forest Park was Europe’s first dark-sky park. (The largest is Cévennes National Park in France.)

The top image, acquired May 24, 2018, with the Operational Land Imager on Landsat 8, shows a natural-color view of Galloway Forest Park. The park received its designation in 2009 by the International Dark-Sky Association. Located about 120 kilometers (75 miles) southwest of Edinburgh, the park spans 774 square kilometers (299 square miles) of woodland areas, moorland, and lochs. About 20 percent of that is “core” dark sky area, meaning there is no permanent illumination. There is even an astronomical observatory just north of the park.

The remoteness of this area is particularly evident in the second image, which shows the pattern of human settlement across southern Scotland and northern England. The image comes from a global composite that was made by selecting the best cloud-free nights in each month over each land mass on Earth. The data come from the Visible Infrared Imaging Radiometer Suite (VIIRS) on the Suomi NPP satellite.

According to the International Dark-Sky Association, 90 percent of Europeans live amid night skies hampered by light pollution. Parks like this one preserve a place where people can get away from the glow of city lights and view the spectacles of the night sky, such as the Milky Way, satellites, meteor showers, and a countless number of stars.

Of course, nowhere is the sky truly dark; celestial sources such as starlight and moonlight naturally light the sky. This year, the waxing gibbous Moon could outshine some of the Leonid meteors, making the pre-dawn hours after moonset a better bet for a good show. 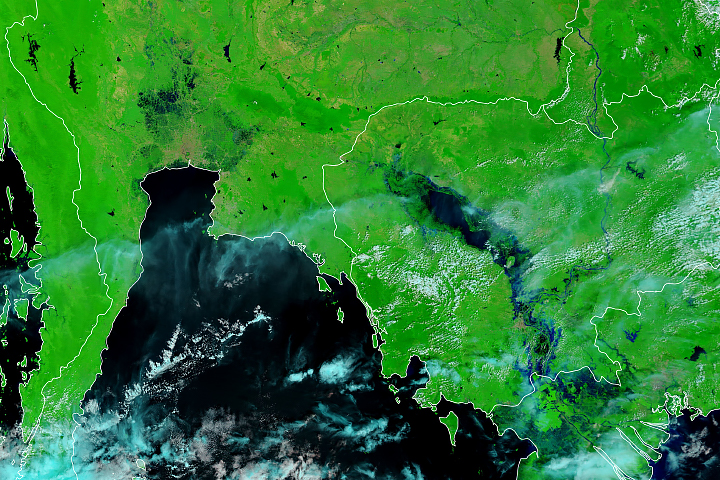