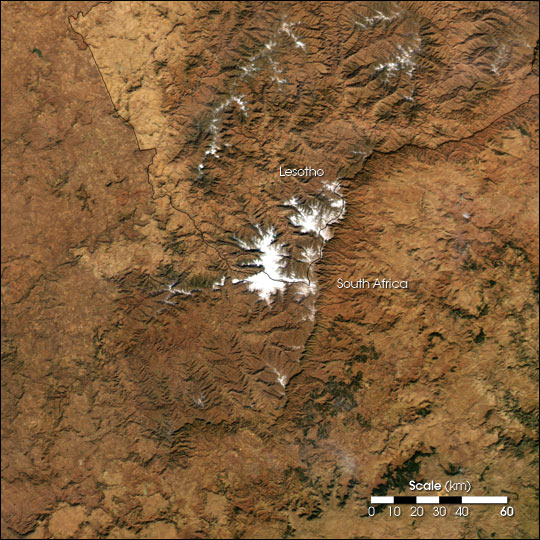 The first snow of the winter fell on the Drakensberg highlands of South Africa and Lesotho on June 8, 2004. The Moderate Resolution Imaging Spectroradiometer (MODIS) on NASA’s Aqua satellite captured this image of the snow in the peaks of the mountains on June 9. Snow is normal in the highlands this time of year as the Southern Hemisphere enters its winter months.

The high-resolution image provided above is at MODIS’ maximum resolution of 250 meters per pixel, and shows a wider area that includes Johannesburg (central north edge of the image) and Durban, as well as all of Lesotho.

Snow in Lesotho and South Africa