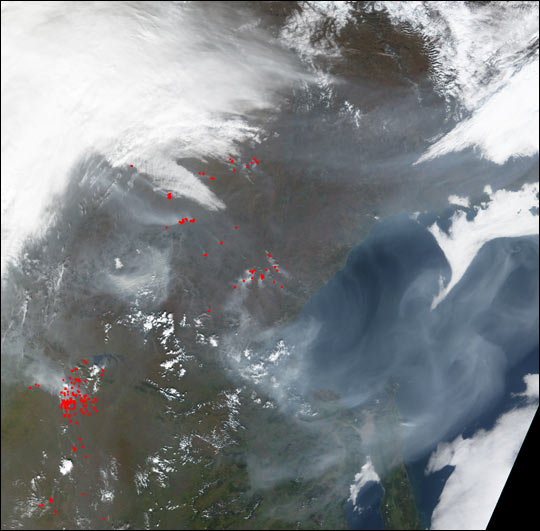 This Moderate Resolution Imaging Spectroradiometer (MODIS) image was acquired from the Terra satellite on September 17, 2002. MODIS detected numerous fires (marked with red dots) burning in eastern Russia in the Amur River region, and the smoke plume is hanging over a several hundred square kilometer area, and even drifting out over the Sea of Okhotsk (right).

In September and October 2002, numerous fires in eastern Russia created a smoke plume that stretched eastward over the Sea of Okhotsk and southward into China. These true-color images were captured by the Moderate Resolution Imaging Spectroradiometer (MODIS) instruments on the Terra and Aqua satellites.