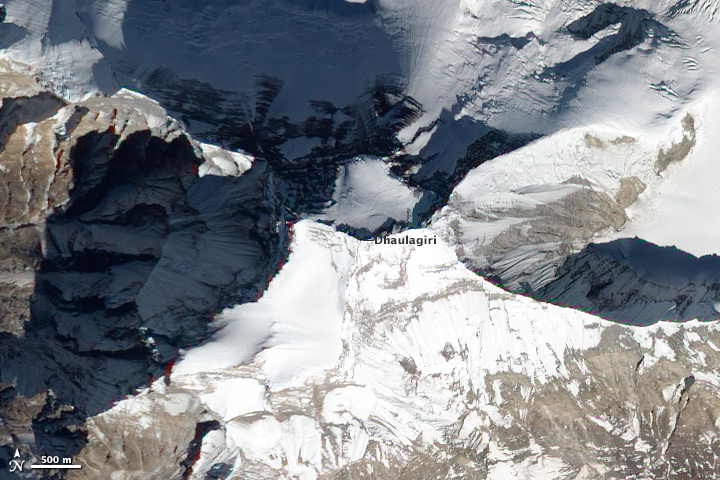 Known as the “White Mountain,” Dhaulagiri is the seventh tallest mountain in the world. It is located in Nepal near Annapurna, with the two peaks separated by a deep gorge that was carved by the Gandaki River. Dhaulagiri rises abruptly from the surrounding terrain, soaring some 7,000 meters (2,300 feet) from the bed of the Gandaki.

Like Mount Everest, the summit of Dhaulagiri is geologically remarkable because it is comprised of limestone and dolomite rock layers that formed at the bottom of the ocean. Most of the other 8K peaks, in contrast, are composed of granites that formed deep underground.

In 1960, an international team of Austrian, German, Nepalese, and Swiss climbers reached the summit, following the northeastern ridge up the mountain’s north face. There had been 448 successful ascents of Dhaulagiri as of March 2012, while 69 climbers had died trying—a fatality rate of about 16 percent.