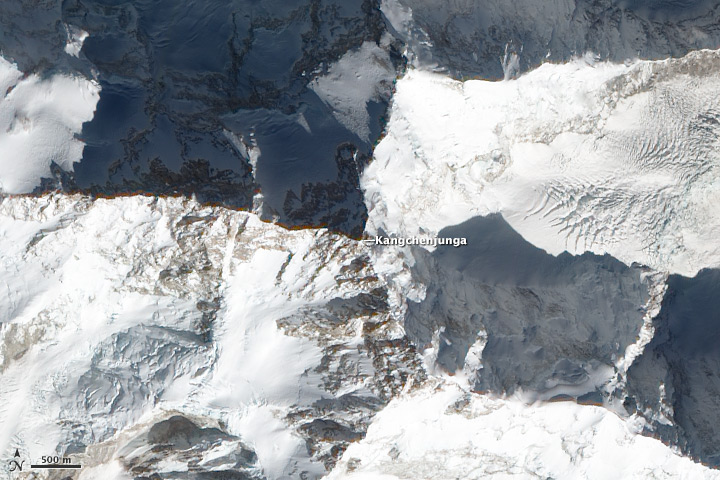 Kangchenjunga, the third tallest peak in the world, is the most easterly of the eight-thousanders. Kangchenjunga is located on the border between Nepal and India, 120 kilometers (75 miles) southeast of Mount Everest.

The structure of the mountain resembles a tent with four ridges radiating outward. The main and south summits are connected by a jagged north-south ridge that includes other high points well over 8,000 meters, though none have enough topographic prominence to qualify as separate peaks.

There is no easy route up the steep, avalanche-prone slopes of Kangchenjunga. British climbers Joe Brown and George Band made the first ascent in 1955, following a route near the Yarlung Glacier to the foot of the mountain’s southwest face. The local Sikkam people believed that a god lived at summit and told the climbers not to go all the way to the top (to avoid upsetting him). In deference to this, the British team turned back a few feet short of the true summit.