April 29, 2009, marks the tenth anniversary of the launch of NASA's Earth Observatory. For the last decade, we have been using the stunning images and data provided by NASA satellites to tell the story of our planet and the scientists who are working to help us understand it.

To commemorate this publication milestone, we asked our readers to vote for their favorite images; the winners represent the great beauty of our home planet and help us appreciate its position within the immensity of the solar system. We are also starting a new series called A World of Change, a special collection of images documenting global and local change over time. And in our 10th anniversary video, the site's founders and current staff describe the philosophy and goals of the Earth Observatory. 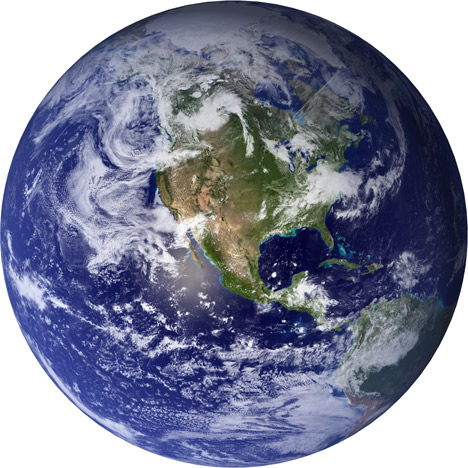 The idea of the Earth Observatory was hatched in the late 1990s during an impromptu brainstorming session between the late Yoram Kaufman, then the Terra mission’s project scientist, and David Herring, whom Kaufman had hired to be the Terra mission outreach coordinator. Returning from a conference at NASA’s Jet Propulsion Laboratory, the two found themselves stuck in the back of a cab on an L.A. highway when an intense rainstorm brought traffic to a standstill for more than an hour.

Herring, now the communications director at NOAA’s Climate Program Office, says he was always impressed with how easily Kaufman could talk to anyone—scientists or non-scientists—about the importance of NASA’s Earth science missions. “He was so passionate about it, and everyone responded to that,” remembers Herring. In his talks, Kaufman often compared the Earth to a middle-aged patient whose doctor had started paying more attention to his vital signs. Satellites, he would say, are the equivalent of a doctor’s stethoscope or thermometer.

As the rain pounded down on their cab, Herring and Kaufman talked about how to use that metaphor to help people understand why we need to study the Earth and to see for themselves the critical role NASA satellites play in monitoring our planet’s vital signs. They wanted to create a virtual observatory, where anyone on the Internet could see what NASA satellites were seeing and learn what NASA scientists were learning from EOS missions.

On the wish list of features for the new site was giving people the ability to view and compare custom movies of monthly, global images of Earth science data sets. “Today,” says Kevin Ward, the site’s information architect, “it would be pretty easy for a web programmer to find an application or toolkit to make an idea like that work. But back then, they didn’t exist.” Right off the bat, there was a lot of challenging programming that had to be done from scratch. Michael Heney, who at that time was providing technical support to the Moderate Resolution Imaging Spectroradiometer (MODIS) instrument science team, made it happen.

Over the past ten years, the Earth Observatory has come to seem like a fixture of NASA Earth science outreach, but the project started small, with a handful of people working part time. The most popular part of the site, the Image of the Day, began as just a Featured Image. According to art director, Robert Simmon, “It was an image of the week—if that.” Within a year or so, the team’s own ability to make and interpret images improved, and the number of collaborators across the agency increased. Production stepped up to five days a week and from there to an Image of the Day. In 2002, a close partnership with the MODIS Rapid Response Team, which provides daily, near-real-time MODIS images, allowed us to begin tracking worldwide natural hazards and posting multiple images a day of newsworthy natural events around the world.

As the site has matured, a community of regular readers has grown up alongside it. More than 50,000 people—the number grows each week—subscribe to the Earth Observatory’s mailing list, and more than 650,000 unique visitors stop by each month. Those numbers have climbed toward one million during major events like Hurricane Katrina in 2005 or the California wildfires of 2007. Earth Observatory images and stories also reach a wider audience through partners who syndicate or re-package the site’s content for distribution, including the NASA portal, the Space Telescope Science Institute, and the geospatial browser Google Earth. Five times in the past six years, the Earth Observatory earned a People’s Voice or Webby award from the International Academy of Digital Arts and Sciences for best science or education site on the Web.

From the beginning, the Earth Observatory has been funded out of EOS mission and project science office budgets, and scientists from within and outside the NASA EOS community enthusiastically work with the Earth Observatory’s writers and data visualizers to ensure the quality and accuracy of what we publish. That “embedded” relationship between the Earth Observatory team and the science community remains our most important asset. The Earth Observatory’s current staff wants to thank the past and present EOS scientists who have supported and advised us, and we want to thank our education and outreach partners at NASA centers and beyond who have shared their expertise and creativity and helped to make the Earth Observatory such a success. The names of all the people who have played and are playing a role in this effort could probably fill a whole page of this newsletter; please visit us online to see them all.

In honor of our 10th anniversary, the Earth Observatory will be publishing a series of image essays documenting changes on Earth that EOS satellites have observed during the site’s history. We’ll also be holding a month-long contest to identify our readers’ top ten favorite images. Please stop by and remind yourself of all the great science that NASA’s EOS satellites and scientists have made possible in the past decade. But don’t worry; we won’t insist that you learn anything. We know the view from space is amazing; it’s fine if you just want to look at the pictures.

Top 10 Images of the Day 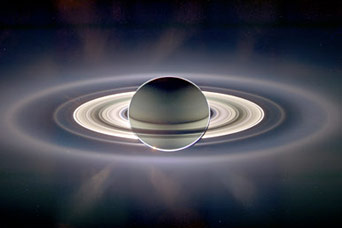 In the past decade, the Earth Observatory has published thousands of images. Those images are a history of Earth events, places, and discoveries that intrigued us—and that we thought might intrigue our readers. To commemorate the Earth Observatory's 10th anniversary in April 2009, we asked our readers to tell us which images were their favorites. Here are their top ten.

STEREO's First View of the Sun