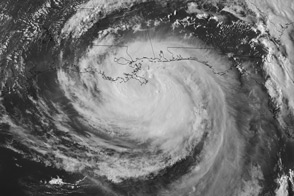 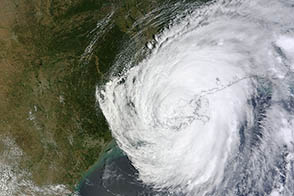 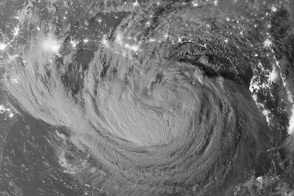 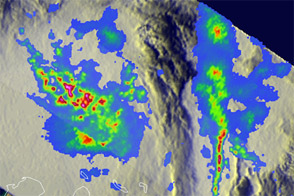 These color-coded images show the precipitation rates and storm structure of Tropical Storm Isaac on August 24, 2012. 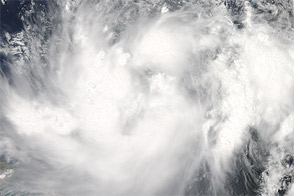