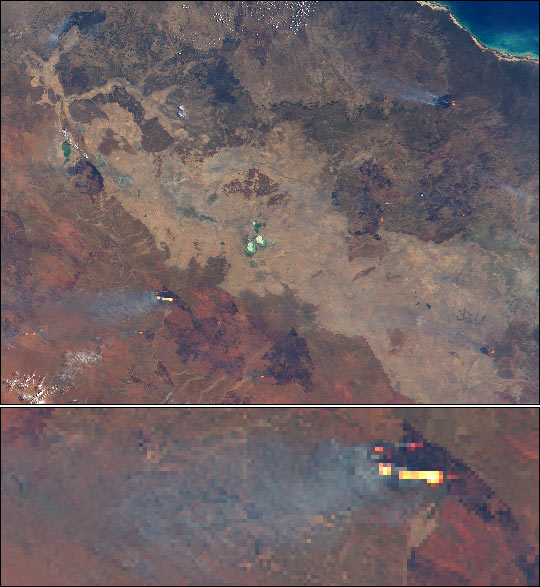 This true-color image was taken over northern Australia on October 2, 2000, by the Moderate-resolution Imaging Spectroradiometer (MODIS), flying aboard NASA’s Terra spacecraft. There are roughly a dozen wildfires visible in the scene, which spans from Western Australia (left), across the Northern Territory, and into Queensland (right).

In this image, clouds appear bright white and smoke plume appear darker and greyish. The pixels containing the wildfires are colored red (hot) and yellow (hotter). There are quite a few large burn scars from previous wildfires, which appear as black splotches across the landscape.

The large bay along northern shore is the Gulf of Carpentaria (visible in the full size image), which is roughly 400 miles (about 640 km) wide.