Finding a Constellation with a Laser 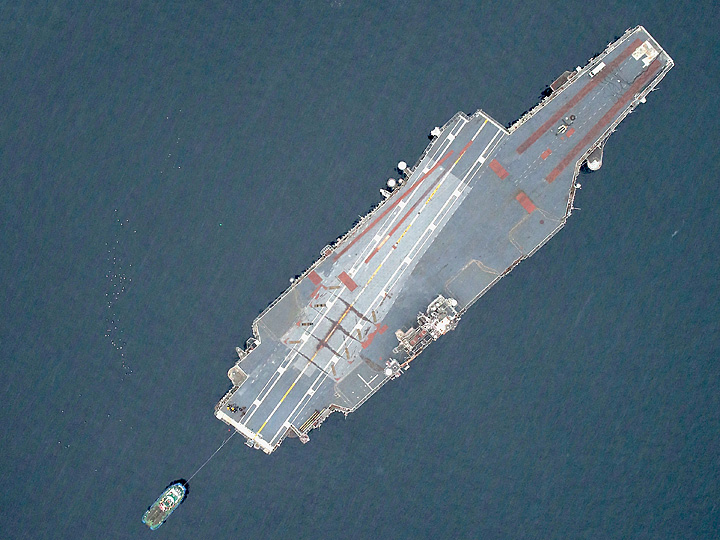 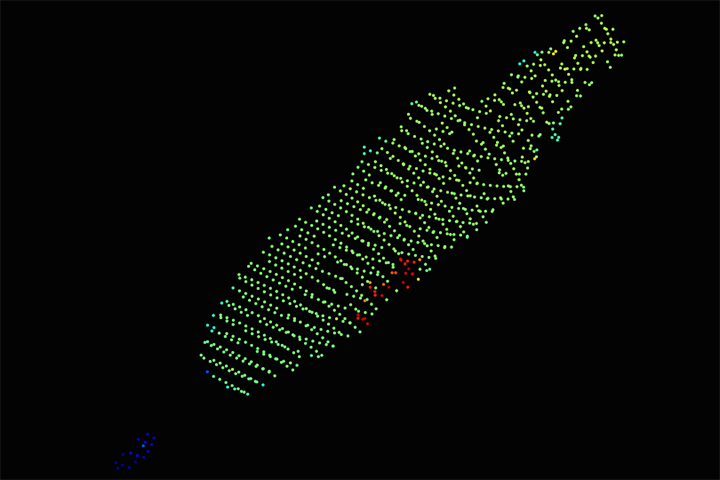 It is the nature of researchers in the field to collect data every moment they can. The team behind NASA’s Operation IceBridge annual airborne campaigns to Antarctica and Greenland is no exception. They are flying over landscapes and seascapes that are remote and often buffeted by bad weather, so every moment in the air is a precious moment to test instruments and observe the planet.

In October and November 2014, the IceBridge team was staging flights out of Punta Arenas, Chile, for passes over Antarctica. Each time NASA’s DC8 research plane flew in and out of the airfield, the team operating the Airborne Topographic Mapper (ATM) would ask the pilots to make a few passes over the airport ramp. The area around the ramp has been surveyed regularly from the ground and the air, and the raised surface has become a useful spot for calibrating and confirming the stability of the laser (lidar) mapping instrument. They also would take measurements over the relatively flat water in the Straits of Magellan for the same reason.

On November 4, the ATM team spotted a piece of history on the horizon. The USS Constellation, an aircraft carrier launched in 1960, was being tugged through the straits. It would be an interesting and useful target of opportunity for the IceBridge team.

“Knowing the Constellation was in the Straits and directly in our path—the length of the IceBridge DC8 missions would not have permitted any detour from our flight south—we requested that the pilots directly overfly the ship at 1,500 feet before climbing to altitude,” said Jim Yungel, leader of the ATM team. “We continued to collect ATM lidar and DMS digital camera images. In addition to being a fun diversion, the processed ATM data shows that our preliminary ATM calibration data is pretty close to accurate. Look at the shape and correct edges of the flight deck plotted in the ATM elevation data.”

The image at the top of the page is a photograph taken on November 5, 2014, by the Digital Mapping System, which was mounted on the underside of NASA’s DC8. The second image is a plot of the data acquired by ATM on the same pass. Each dot represents a spot where a pulse of laser light from ATM was reflected off the surface of the Constellation and the tugboat Corbin Foss. The colors represent the height of the surface. Note that the water line in this case had an elevation of 16 meters (about 50 feet), so the flight deck of the ship is roughly 21 meters above the water surface. The conning tower stands another 15-20 meters higher.

“From targets of opportunity like this, we gain knowledge of how our instrument functions,” Yungel added. “As a rule, the ATM program collects as much data as possible when flight conditions permit, as occasionally a researcher may be interested in some area outside of our primary study region.”

The Constellation—which saw action from the Vietnam War to the Iraq War—was decommissioned in 2003. In early August 2014, the Corbin Foss began tugging the aircraft carrier from a U.S. Navy yard in Bremerton, Washington, to Brownsville, Texas, where it will be scrapped. The ships sailed around South America because the carrier is too large to pass through the Panama Canal. At the time of the IceBridge flyover, the Constellation had just arrived in Punta Arenas from Valparaiso, Chile. The ship should next arrive in Montevideo, Uruguay, around November 16.

You can follow the journey of the USS Constellation by reading updates on a tow blog. Operation IceBridge regularly posts updates on its mission page and on our Notes from the Field blog.

Operation IceBridge spotted a piece of U.S. history and measured it with a lidar instrument.