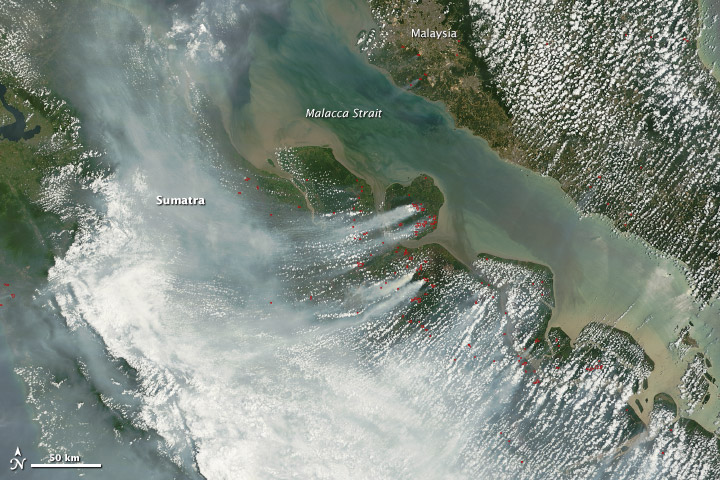 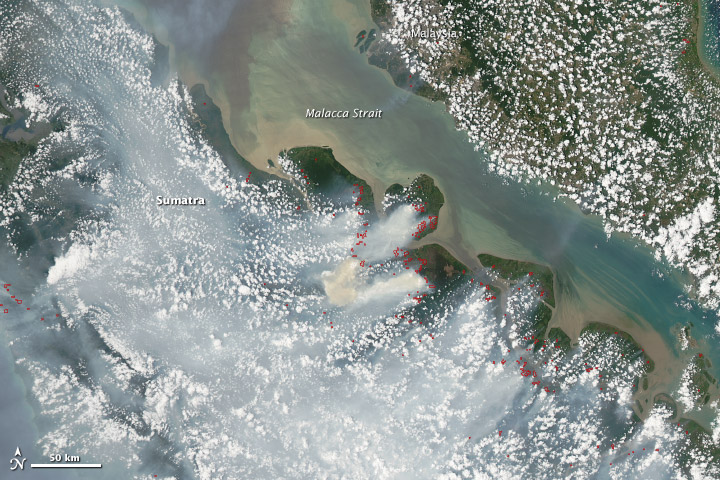 Dense smoke cloaks central Sumatra, Indonesia, in these images taken by the Moderate Resolution Imaging Spectroradiometer (MODIS) on NASA’s Terra and Aqua satellites. The smoke is coming from fires in Riau province, where palm oil and pulpwood plantations are abundant. Though illegal for all but small landowners, fire is frequently used to clear brush and trees for farming, especially plantations. The forest and peat soil produce dense smoke when burned, as shown in these images.

The top image shows conditions in the morning (10:45 a.m. local time), while the lower image is from the afternoon (1:45 p.m. local time). The fires, which are outlined in red, build throughout the day.

The fires and resulting air pollution have forced the Riau government to declare a state of emergency, reported the Wall Street Journal. The smoke has caused illness, closed schools for the past two weeks, and reduced visibility.

Land use fires burn in Indonesia. 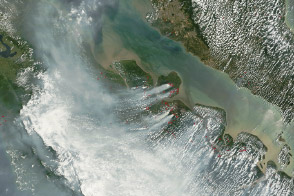