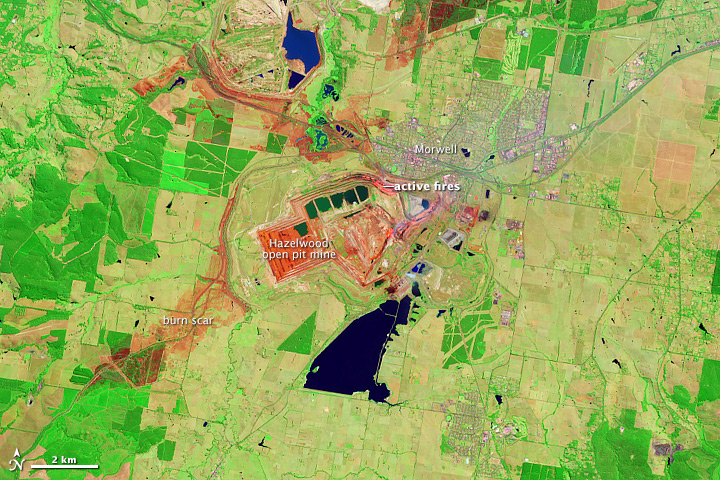 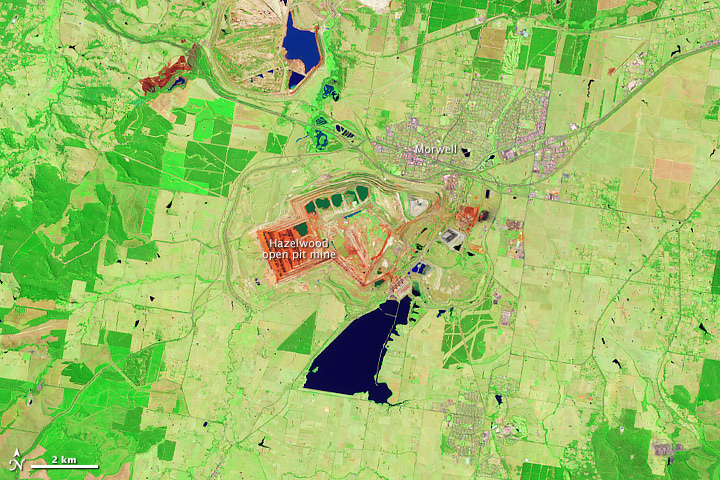 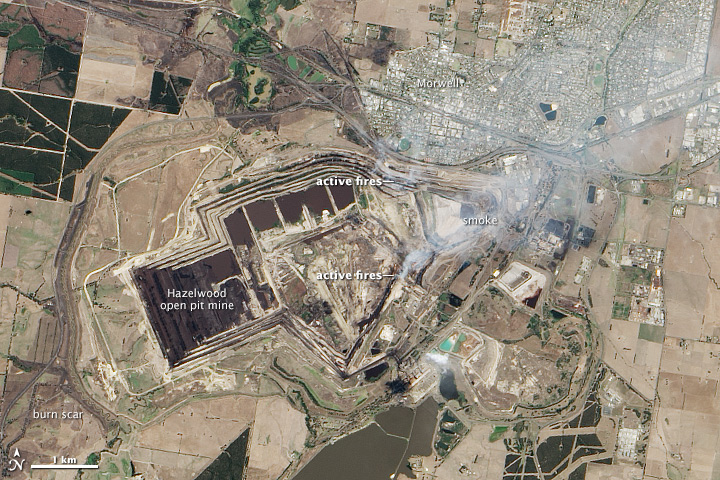 An act of arson ignited a fire near the town of Morwell, Australia on February 9, 2014. In hot, windy conditions, the fire spread into the Hazelwood Mine, an open-pit coalmine south of the town, where it continues to burn. The top two images, both from the Operational Land Imager on the Landsat 8 satellite, combine infrared and visible light to show the extent of the burned area and the glowing fire in the mine. In this view, both the newly burned land and the exposed coal are red. A comparison of the top image from February 23 with the middle image taken on February 7, a few days before the fire started, makes it possible to differentiate between burn scar and coal. Actively burning fires along the northeastern rim of the mine are orange.

Though the flames no longer threaten the town directly, the fire has blanketed the community with choking smoke for weeks. The lower image, a natural color version of the February 23 scene, shows plumes of smoke rising from the mine and drifting over Morwell. For nearly 20 days, the town has experienced extremely poor air quality from the ash, carbon monoxide, and other particles in the smoke. Concerned about ongoing exposure, on February 28 health officials advised vulnerable people to leave, including young children, pregnant women, elderly, and people with lung diseases. The fire is expected to burn for at least another two weeks.

An arson-lit wildfire spread to an open-pit coal mine in southeastern Australia on February 9 and has been pumping dense smoke over the town of Morwell ever since. 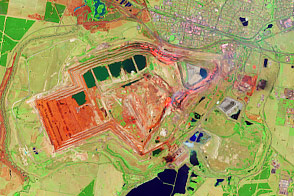 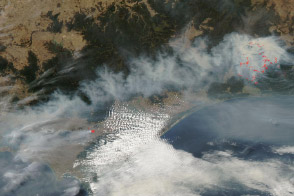 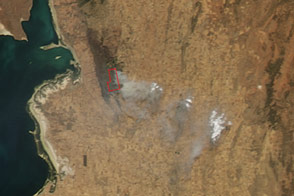