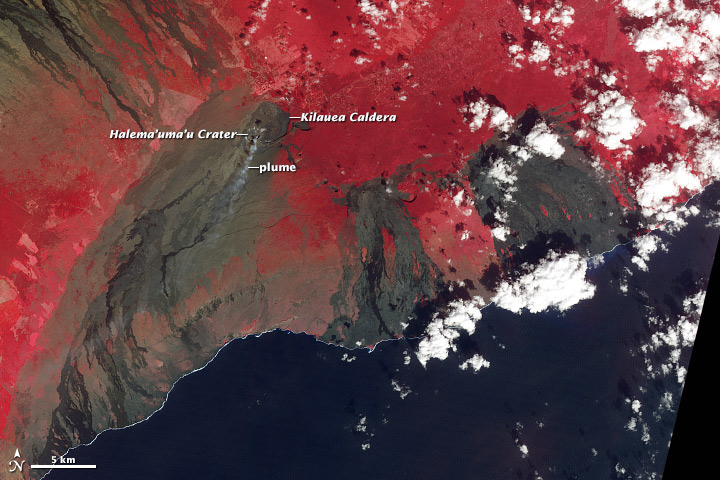 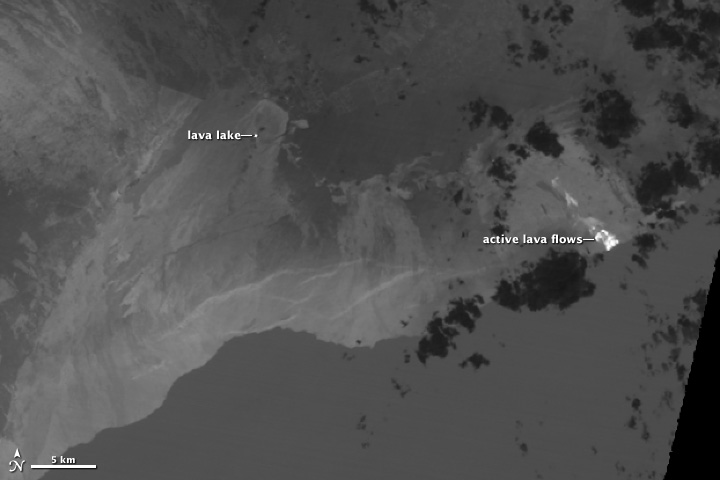 The current eruption of Kilauea Volcano is one of the longest in recorded history. The false-color (near infrared, red, and green) satellite image at the top of the page shows some of the ongoing activity. Halema’uma’u crater, near Kilauea’s summit caldera, emits a thin plume of volcanic gases including water vapor, sulfur dioxide, and carbon dioxide. Southeast of the caldera, active lava flows spread across Hawai’i’s coastal plain. Though invisible in the false-color image, the heat from the flows glows brightly in thermal infrared light (lower image).

Both images were collected on January 7, 2013, by the Advanced Spaceborne Thermal Emission and Reflection Radiometer on the Terra satellite. Vegetation, which reflects infrared light strongly, is bright red in the false-color image. Fresh lava flows (less than 50 years or so) are varying shades of black and gray. Clouds are white and ocean water is dark blue. The thermal infrared image shows temperature—cold areas are dark, while hot areas are bright.